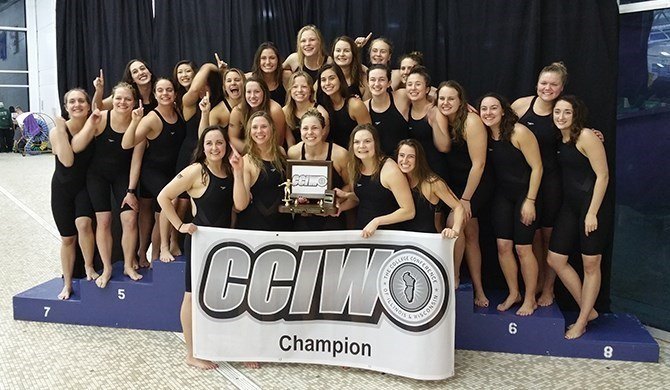 In a press release, the couple said that, “There is no greater honor than to be entrusted with the legacy that Jon Lederhouse is leaving…We both feel blessed to be given the chance to coach and mentor such a committed group of student-athletes.”

Jacob Ayers graduated from Wheaton in 1997, where he swam and served as team captain. During his time at Wheaton he earned five CCIW first place finishes in individual events and was a member of five CCIW winning relays. More recently he has served as head coach of the Community Unit School District 200 swim teams since 2000. He was recognized as an IHSA Sectional Coach of the Year in 2005 and 2009. In addition, Ayers has also coached and operated Wheaton Swim Club, Inc. since 2004.

Meghan Ayers has served as an assistant men’s and women’s swimming coach at Wheaton since 2013. In her time at Wheaton, the team has won five CCIW Championships and the women’s program has had two top-15 finishes at the NCAA Division III National Championships. She has also served as a coach and private lessons coordinator with the Wheaton Swim Club since 2005.

“In Jacob and Meghan Ayers we have two individuals who have the vision and experience to lead the swimming and diving programs,” said Wheaton College Athletic Director Julie Davis. “I am excited and confident they will continue the legacy of Wheaton swimming.”