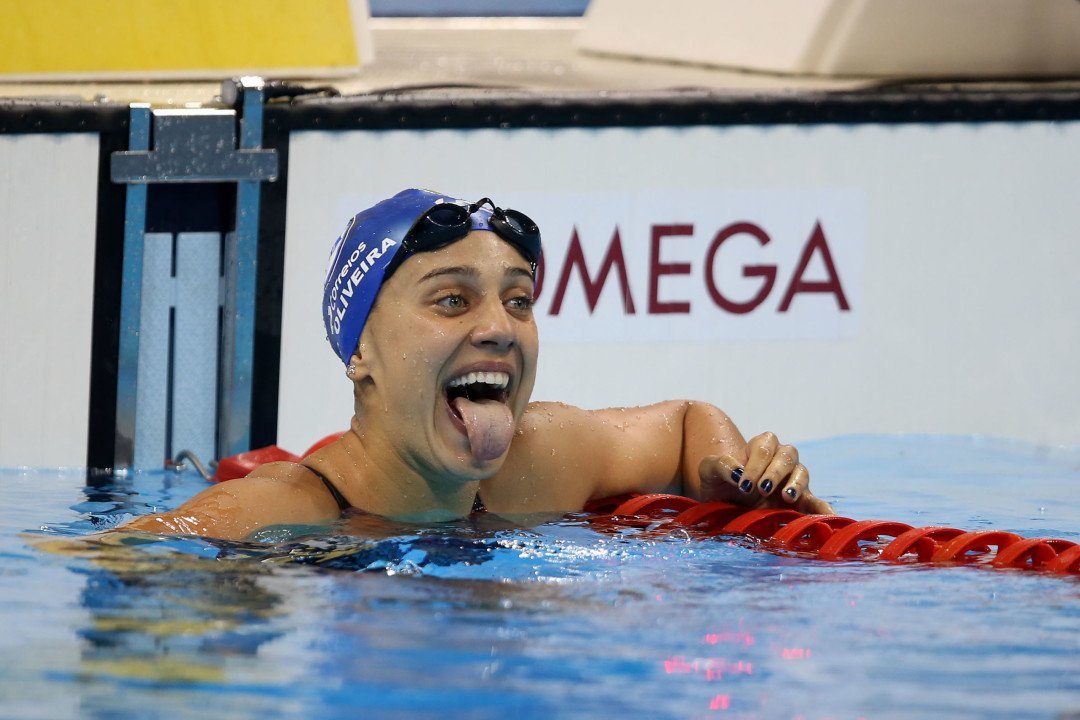 According to Brazil’s Globo.com, Oliveira was driving on her way to the College of Physical Education when a tree branch fell and landed on her car. The branch struck both of her legs, and created a large perforation in her right thigh.

While no vessels, arteries, or bones were hit, Oliveira still was required to undergo surgery on Thursday morning.

The injury is expected to keep her out of the upcoming Maria Lenk Trophy meet, which is Brazil’s National Championship and primary qualifier for the 2017 World Championships.

Oliveira is the Brazilian and South American Record holder in the 100 free in both long course (54.03) and short course (52.75), with the long course record coming at the 2016 Olympic Trials. She has 4 career gold medals at the South American Games, including the 100 free individually in 2014; three Olympic medals from the Pan Am Games, and a Short Course World Championship gold as part of Brazil’s 200 mixed medley at the 2014 World Championships.

No comment has been made yet as to whether or not she’ll be available for the World Championships in Budapest, or if the Brazilian federation will allow for any waiver of the qualifying meet.