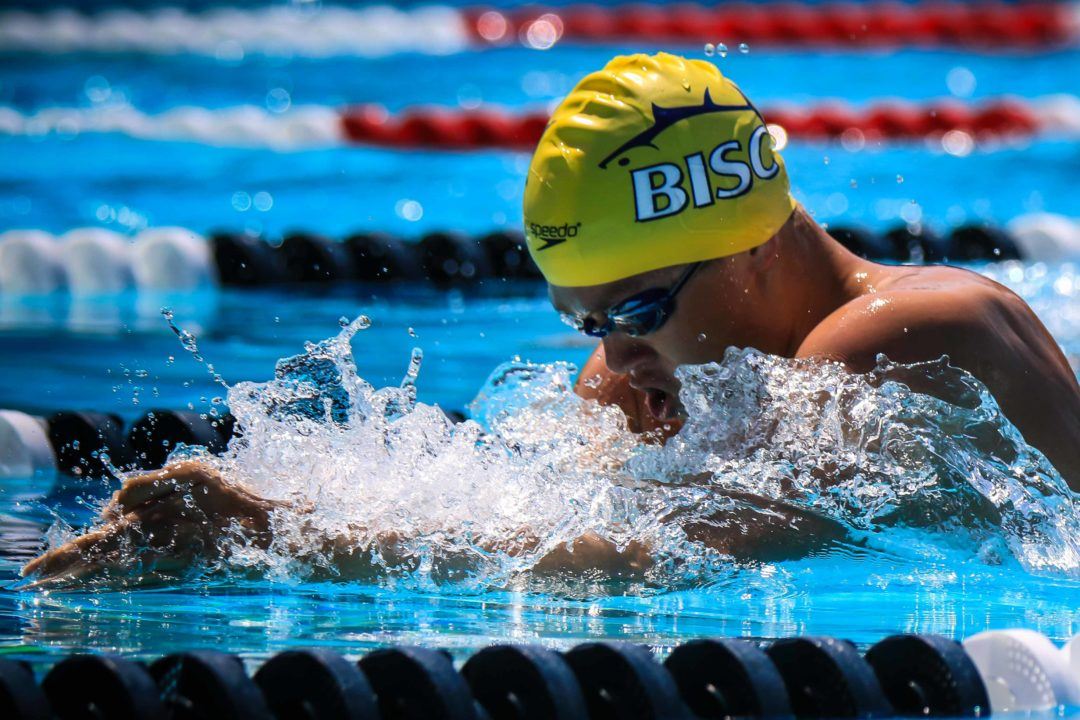 Houseman took down Fowler's 21-year-old record this weekend with a quick 53.43 to take the 100 breast 3A title. Archive photo via Jack Spitser/Spitser Photography

Swimming his way to his third-straight win in the 100 breast, Houseman registered a new lifetime best of 53.43, taking down a legendary state record. That record was previously held by Pat Fowler, who was the first high school swimmer under 54 seconds with a 53.66 back in 1998. He moves from 55th to 38th in the 17-18 all-time rankings, and won the event this weekend by over three full seconds.

Houseman was a key player for Bainbridge right from the get-go, helping out on the medley relay with a 24.85 breast split as they won that race in 1:32.72, just eight hundredths off of their own 2017 state record. Bainbridge came out on top in the next two races, as junior Jude Wenker was 1:39.93 to take the 200 free and senior William Waite posted a 1:50.68 to win the 200 IM.

Mercer Island kept things close with Bainbridge the entire way through, as the teams flip-flopped between holding onto first place several times. Mercer was led by James Richardson, a senior. He won the 100 fly in 48.55 to take down Todd McCarthy’s meet record from 2014, then was 48.43 in the 100 back to erase Thane Maudslien’s 2013 meet record. He was also 22.57 leading off their 2nd place medley relay and 44.86 leading off their 400 free relay, which was also 2nd.

The other winners of the day were Bainbridge diver Kiernan Liberman in the 1-meter diving (443.00) and Gig Harbor freshman Billy Oates in the 50 free (20.88).