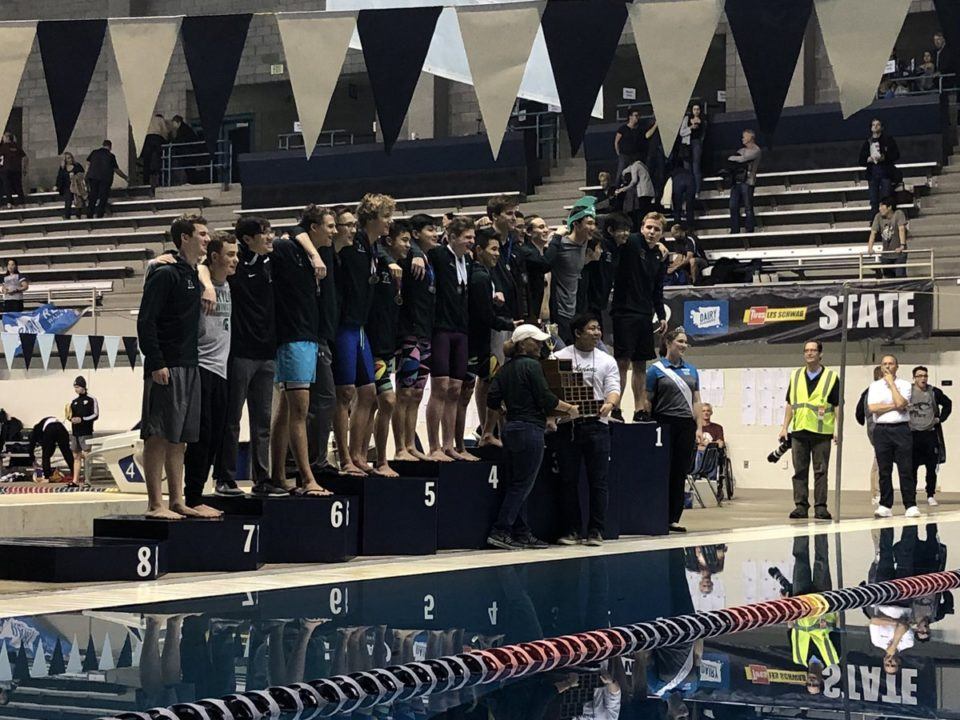 After huge graduations for defending state champions Camas High, and the lost of two-time state champion Eric Wu, the 2019 Washington 4A State Championship was wide open.

Skyline High won only 1 event at the meet, the very first one, but in a very competitive, back-and-forth meet between them and Curtis High School, that one win was enough to take the 2019 title.

In that opening relay, the team of Samuel Shauf, Colin Huynh, Jeremy Kim, and Joost Christoffles combined for a 1:34.47 in the 200 medley. That broke Issaquah’s Meet Record of 1:34.83 set at last year’s meet, though Bainbridge Island still holds the State Record in 1:32.64.

4 scorers meant Skyline would be playing catchup until the 50 free, where a pair of A-finalists put Skyline back in the lead.

Ironically, it was the 100 free where Curtis, with two A-finalists of their own, took the lead back, and they grew it again in the 500 free.

Skyline would take the lead back for good in the 100 back, growing it in the 100 breast and hanging on in the closing 400 free relay to secure the title.

Joost Christoffles might be the best name in swimming