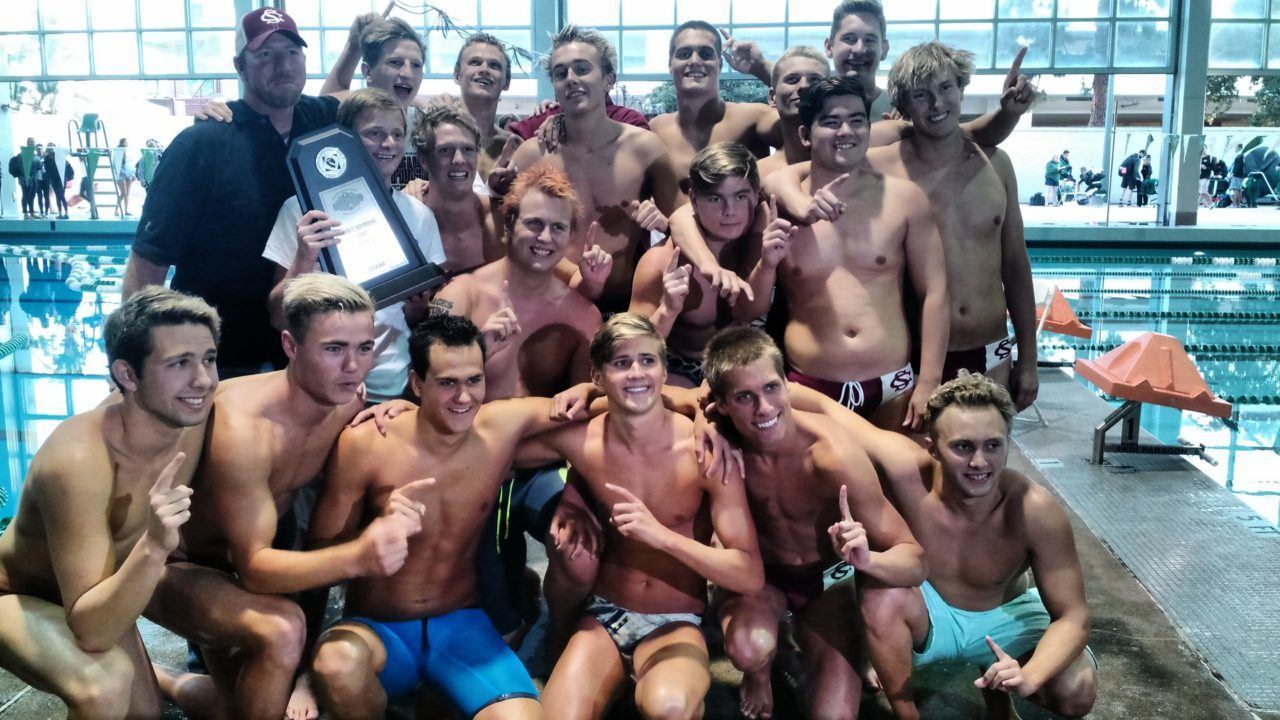 Both Indian River swimming & diving teams pulled out the 2021 wins to successfully defend and add to their impressive streaks.

The Indian River women won 12/12 individual medals up for grabs on night 2 of NJCAA Championships, along with gold in both relays.

Among those from Indian River who collected wins on day 1 were Aramis Rivera and Taryn Dailey in the men’s and women’s 200 IM, respectively.

Sierra College led the field from the get-go, and walked away from the 2016 California Community College Swimming and Diving State Championships at East Los Angeles College with their first-ever state title. A DQ in the very first event, the 200 free relay, hurt 3-time defending state champion Golden West’s bid for a four-peat, but in the end it was the depth and consistency of Sierra College that made the difference.

The Wolverines won two events over the three-day meet, but just as importantly, they put a man on nearly every podium. Sierra’s first title came with a 3:20.09 in the 400 medley relay from Alex Siniy, Alex Shibata, Andrew Murch, and Lucas Hastie. Trailing OCC for most of the race, Sierra shot to the front on the strength of Murch’s butterfly leg, then held the lead through the free despite a strong anchor from Golden West’s Chadd Mauer. On Day Three, Sierra’s Slava Illin added a win in the 1650 free with a thrilling finish, coming from behind over the last 25 to clock a 15:55.34 to get the win by 1.1 seconds over Drew Sipple of Santa Rosa. Illin also made the podium in the 500 free (second) and 200 free (third).

The men’s meet was marked by six state records in five events over the three days; that brings the total to 46 state records set during the six years that the CCCAA championships have been held at East Los Angeles College Swim Stadium Pool.

San Diego Mesa threw down some impressive performances as well, shattering state meet records along the way. In perhaps the most exciting event of the meet, Brandon Crabtree and teammate Neil Franka both took down a 15-year-old meet record of 48.13 in the 100 fly, trading stroke for stroke throughout the entire race and coming to the wall in 47.95 and 48.10, respectively. Franka got a state record of his own with a 1:47.36 win in the 200 IM. Crabtree added the sprint freestyles to his 100 fly title; he won the 50 in 20.09 and the 100 with 44.12. Maxence Bouvier of Riverside was second in both events (20.52 and 44.48).

Those are solid breastroke times

Just curious; do any of these guys move on to 4 year programs? Has SwimSwam ever tracked that?

Also, why does these schools not participate in NJCAA nats vs IRCC? Realize their seasons don’t align, but are they not affiliated?

now that would be a meet, IRSC vs the top California juco’s

Hey Stoobie, we sometimes report on individual transfers, but it’s hard to track everyone since there’s no formal database. If you have ideas though, would love to hear them. I’d be curious myself to know.

Well, 3 of the Sierra guys (Alex Shibata, Andrew Murch, Nazar Podolchuk) are headed to Fresno Pacific in the Fall.

We’ve had several swimmers come to our program from the schools in the CCCAA. Had really good success with them as well.