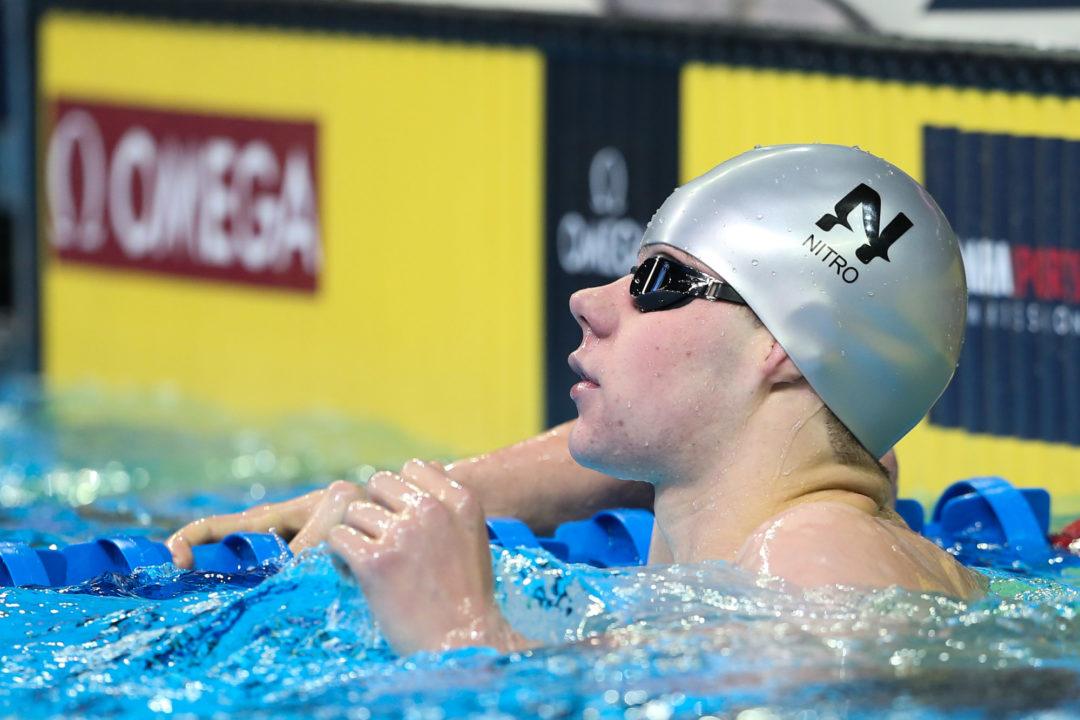 Grieshop won the Junior World title in the 400 IM last summer, and set the junior world record at U.S. Olympic Trials a few weeks ago.

Taylor was a double silver medalist in Singapore last summer, taking second in the 100 and 200 back, and he broke the junior world record in the 200 back at U.S. Olympic Trials.

Notably absent from the team is the U.S.’s other junior world record-holder, Michael Andrew, who won gold at Junior Worlds in the 50 back and broke the junior world 100 breast record at U.S. Trials.

You can find the full roster here.

Was Regan Smith eligible for this roster?

why not Maxim Rooney or Grant Shoults

Regarding Maxime Rooney,it was rumored at trials that some college coaches would not allow the trip without sitting out a year. Grant Shoults is 19 so ineligible for the meet.

They will be 19 before December 31

Not Maxime. He will still be 18 and eligible. Must be another reason.

Cool to see Alex Walsh in the roster. I didn’t think she would be picked. Hopefully she can take advantage of Atherton’s presence at that meet to drop a lot of time there.
Very good girls’ roster overall maybe apart from the lack of a great 100 free swimmer. But that’s the problem of US swimming in the senior ranks too.

The absence of Michael Andrew will impact the medley relay. Now it’s time for Mr Whitley to rebound after bad olympic trials. He can do so much better.
I’m interested in watching what can do Kibler and Krueger, 2 of the most promising US sprinters.

do u make any predictions for the team? i hope USA will do very good and win most medals as it was before… i m more interested in relay…USA will miss MA

Good point – Walsh / Atherton could be a great rivalry.

By the way, I love your posts. I don’t know if someone wrote a bot to troll you or if someone literally has nothing better to do than sit around and down vote you from multiple accounts, but please disregard the thumbs down ????

i hope Michael Taylor will sweep both distances in backstroke and also may break 100m JWR….

MA taking some time off? That ruined Caeleb Dressel’s career…

How did it ruin his career ?! Cause last I checked he went a 18.2 and a 40.4 and just MADE THE UNITED STATES OLYMPIC TEAM . Please don’t be ignorant of the facts you sound so uneducated .

He was being sarcastic. Back when Caeleb Dressel took his break everyone on swimswam was freaking out about how it would ruin his career

MA will be the next big thing in US swimming….1oom breast and 200m medley will be his forte by 2017 world aquatics championship hopefully….

Why no Michael Andrew?

Quinn – Michael will be swimming the World Cups instead.

He is a pro and one can make a lot of money on that circuit. I thought USA swimming was only paying for Olympians to go to World Cups this fall. I guess they made an exception for Michael and his entourage.

He may get comped for travel by sponsors. The US isn’t necessarily bearing that cost.

And isn’t he now on the national team in the 100 breast with a top 6 finish at Trials?

yes, he is on the National team for sure, but USA Swimming put out a statement saying only Olympians can get their way paid for by them. but maybe he did get an organizers comp or sponsors.

do u please inform us of the schedule of swimming world cup?

The world cup is a gold mine for versatile swimmers. I hope Andrew takes the time to train for some 200s, but probably won’t since the 50s and 100 IM are offered at every stop.

will world cup in a short-course format?