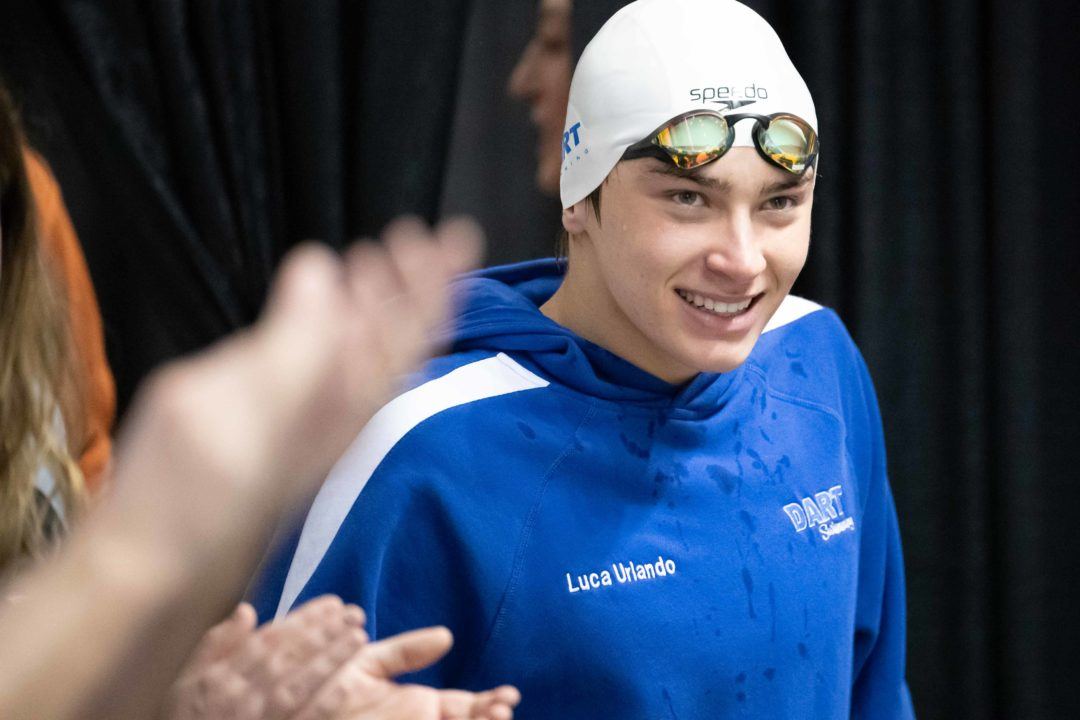 American 17-year old Gianluca Urlando shaved another few hundredths off his personal best time in the 100 meter fly on Saturday evening in Vancouver. He swam a 52.04, which bettered his 52.12 from prelims as the 2nd-best time in 17-18 age group history.

Only the legendary swimmer Michael Phelps has been better as an 18 & under thanks to a 51.10 that he swam in 2003 – which at the time was good for silver at the World Championships.

Huske later doubled up with a win in the 50 free in 25.45 (her best time is 25.42). She tied with Canadian Sarah Fournier (best time 25.33) for the win. That time by Fournier matches her top result from the Canadian World Championship Trials in April.

At this rate he’s looking good for the Olympics. Can’t wait to see what he does when he’s tapered.

At this point he’s a contender for 200 Fly gold in Tokyo imo.

Milak is the presumptive favorite, but I feel like Urlando is right there.

1:53 might be enough for a minor medal, but the for gold he would need 1:51. Kenderesi, Le Clos, Japaneses, Burdisso, etc. for silver and bronze, too.

1:51 is an aggressive prediction.

I would rather say optimistic.

It’s rather realistic for Milak. Who else could chase that record if not him?

perhaps, but it sure is glorious to watch

Whilst his improvements are phenomenal, I don’t think we should put expectation on him to keep dropping at the same rate.

Look at someone like Seli, in 2015 we would probably all have said he’s a rapidly improving Olympic shot, but his next big breakthrough came in Junior year of college.

Wait a minute, I’ll go find an 8-under’s parent who knows how to graph time improvements and draw a straight line showing how fast his little Susie will be by the time she’s 18. Maybe he’ll be willing to do this with Urlando’s times.

True expertise. Amazing that little Susie always seems to end up as Olympic champion and world record holder, not a solid conference swimmer.

Unrelated, I recently got back in the pool to get ready for an open water event and have dropped from a 1:04 to 56 since Xmas. As you can tell from that drop, my upcoming 40 point in Tokyo will be hella impressive.

I think winning gold is a little unrealistic. I think he will easily qualify for the 200 fly for the olympics and probably final. But, I don’t see a medal opportunity

The 51.47 phelps went in semis was a world record, but then crocker beat him in finals while he did the 51.1–so it wasn’t a WR