Get To Know Your Canadian Hopefuls: Ryan Cochrane 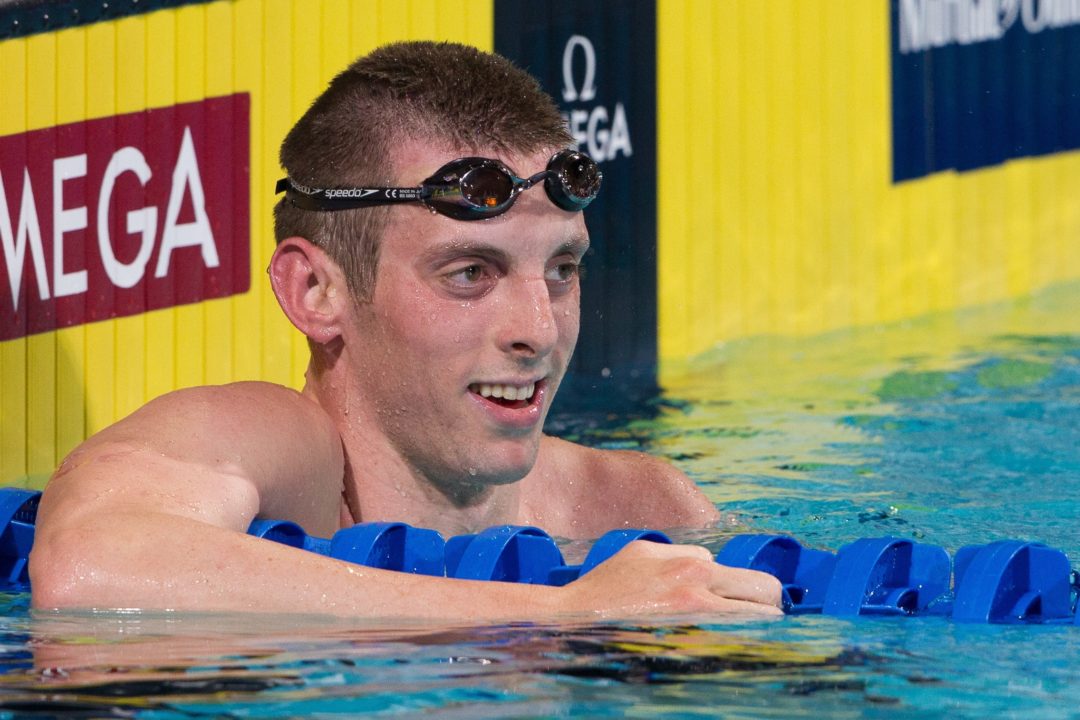 Ryan Cochrane has been on the national team since he was 17-years-old and has since become one of the most decorated Canadian swimmers of all time.

Cochrane’s been able to medal at every international meet since his bronze medal performance in the 1500m freestyle at the Beijing Olympics back in 2008. Since then Cochrane has added multiple medals to create quite an impressive tally.

It’s no secret that according to Cochrane this year will mark his last Commonwealth Games and last Pan Pacs, but there is quite a large possibility that we’ll see a very different Cochrane than ever before.

“This year was one of those years we were willing to try new things,” Cochrane said about his training regime. Most recently Cochrane has been entered in a lot more 100,200, and 400 freestyles than any of his speciality longer events.

At the Orlando Grand Prix in February Cochrane was close to his best times in both the 100m and 200m freestyles in what one can assume would be a heavy training session being a distance swimmer. Later on at the BC Open in early March Cochrane swam times consistent with those in Orlando.

“The shorter distances are great training events,” Cochrane said when asked about his recent competition schedule. It seems as though they’ve been working for Cochrane based on comparative split data from last year’s Orlando Grand Prix and this years.

Last year, Cochrane swam a 3:51.62 in the 400m freestyle, this year Cochrane was able to put together a 3:49.83, almost two full seconds faster. Comparing Cochrane’s splits in both races, the two are extremely similar except for one detail: his first 100m.

In his second, third, and fourth 100’s his 2014 splits are only marginally faster, the largest deficit being 0.43 seconds in the second 100m. However, in the first 100m there is a huge difference of 0.95 seconds. Overall, Cochrane’s race didn’t change too much, but it seems as though his front half speed has improved a lot indicating that speed training his greatly improved his race.

Assuming he qualifies for the Canadian team in the 200, 400, and 1500m freestyles Cochrane’s new speed should give him great potential to repeat as the 1500m freestyle champion at Pan Pacs. Cochrane will have stiff competition in his main two events, the 400m and 1500m freestyles, as swimmers from Australia, Korea, China, and the US have been posting some fast times making the field more competitive than it was back in 2010 when Cochrane won his 1500m freestyle gold.

“I need to race better than I ever have before and I think that means making sure that all the minute details are right,” Cochrane replied to questions about what he needed to do to be competitive at the two international meets this summer.

His main focus after trials, again assuming that he qualifies, will be the Commonwealth games since they’re first on his schedule. Cochrane along with the rest of the Canadian team will have a quick turn around to Pan Pacs right after, something new to the Canadian team.

Following trials Cochrane will continue his work in the pool with some high altitude training.

Cochrane will be swimming the 1500m freestyle on the last night of competition (April 5) and the 400m freestyle the day before (April 4).

A little more about Ryan Cochrane

Where he hopes to travel with swimming- South America (hoping to get the chance in Rio, which he says will be one of his lat meets)