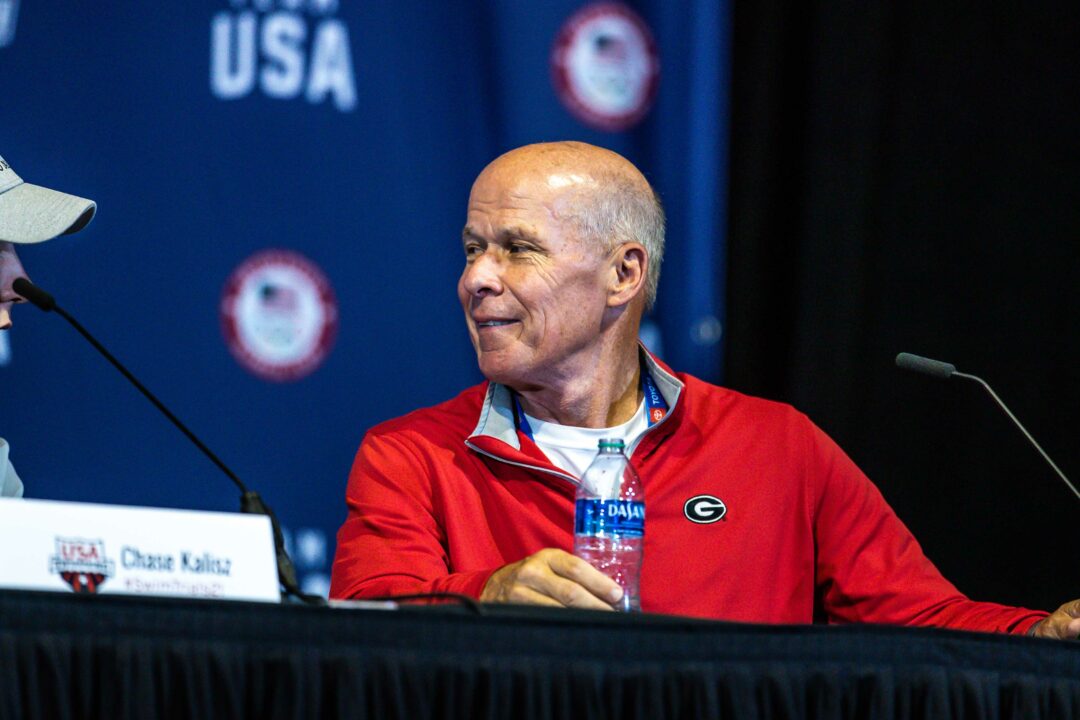 USA Swimming has announced the University of Georgia as the winner of the new Collegiate Impact Award, which recognizes the top-contributing school on the U.S. Olympic swimming team in Tokyo last summer.

The Bulldogs boasted seven swimmers on the last Olympic swimming roster, more than any other program.

Chase Kalisz and Georgia teammate Jay Litherland went 1-2 in the men’s 400-meter IM on the opening night. By the end of the meet, alum Allison Schmitt had secured a silver in the women’s 800 freestyle relay and a bronze in the 400 free to push her career total to 10 medals. She now has the most Olympic hardware in Bulldogs’ program history and the fourth-most among American female swimmers.

Hali Flickinger also added a pair of medals to her haul with a pair of bronzes in the 400 IM and 200 fly. Olivia Smoliga won bronze in the 400 free, while alums Nic Fink and Gunnar Bentz both reached finals in their events. Current sophomore Dune Coetzee also set an African record as a member of the women’s 800 free relay team for South Africa.

Georgia’s impact was multidimensional as former head coach Jack Bauerle served on the U.S. Olympic coaching staff for the fourth time in his career. Two of his pro training group members medaled: Andrew Wilson took gold in the 400 medley relay and Natalie Hinds brought home a bronze in the 400 free relay.

“The NCAA system is an incredibly important stepping-stone for so many swimmers’ competitive success and for the success of American swimming on the world stage,” said Tim Hinchey III, president and CEO of USA Swimming. “The exceptional quality of coaching and training support at college campuses and USA Swimming clubs is unmatched across the globe. Coach Jack Bauerle and his cadre of athletes were a medal-winning force in Tokyo.”

“I am honored to accept the 2020 USA Swimming Impact Award, which recognizes the tremendous achievements of the Georgia Swimming and Diving programs,” Brooks said. “The University of Georgia is a leader in training some of the very best athletes in the world. This award pays tribute to the storied tradition of our Swimming and Diving teams under the leadership of the legendary Jack Bauerle and current head coaches Stefanie Williams Moreno and Neil Versfeld.”

“The collegiate athletics system is essential to growing and keeping sport strong in our country,” USOPC CEO Sarah Hirshland said. “Athletes who competed collegiately were the foundation of Team USA’s success in Tokyo and Beijing. We’re excited to honor the leaders who foster these sport opportunities and support student-athletes on campus.”

Georgia is among eight NGB Collegiate Impact Award winners that will be honored for their sport-specific contributions at the past two Olympics in Tokyo and Beijing.

“The NCAA collegiate sports system has long provided our nation’s best and brightest with incredible opportunities to showcase their gifts not only on the field of play, but also in the classroom,” said Rich Bender, USA Wrestling executive director and USOPC board member. “This system is the backbone for competitive success for Team USA, a system that truly does provide athletes with the opportunity to reach their full athletic and human potential.”

In addition to the sport-specific awards, the USOPC also honored colleges for their overall contributions to Team USA’s success. Stanford won the top honor for Tokyo.

In Tokyo, 475 U.S. Olympians and 122 U.S. Paralympians from 223 schools competed collegiately during their journey to Team USA. The inductees into the Team USA Collegiate Impact Award Class of 2020 together helped lead to the success of 70 U.S. athletes at the Olympic Games Tokyo 2020 and 20 U.S. athletes at the Paralympic Games Tokyo 2020. These four schools alone had 52 athletes medal for their school communities and country. The Class of 2020 is comprised of:

I guess it is good to stroke the egos of these College ADs. Keep them interested in non-revs, like swimming!!

We need an article on Army men absolutely demolishing the Navy men to break the streak!