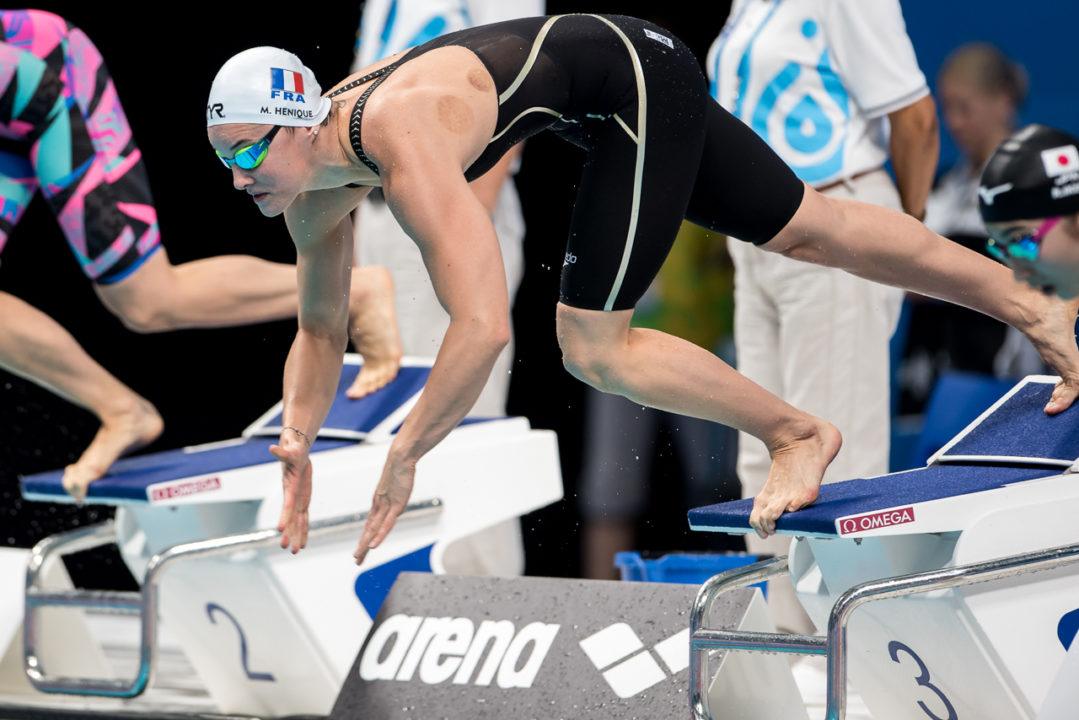 Mélanie Henique of CN Marseille has been selected to represent France at the 2017 LEN European Short Course Championships in Copenhagen later this month. Archive photo via Peter Sukenik/www.petersukenik.com

The French Federation (FFN) announced its roster for the upcoming 2017 LEN European Short Course Swimming Championships that will take place in the Royal Arena in Copenhagen, Denmark on December 13-17, 2017.

The 25-member French squad was announced in the program of the French Short Course Nationals that took place this past weekend. Selections were made based on results from the 2017 long-course season. The FFN published its selection criteria in late September, about a month after the arrival of the new Technical Director of French Swimming, Julien Issoulié.

The rules of selection stated that athletes classified at the “excellence” level would be chosen based on their French national rankings from the 2016-17 long-course season. A maximum of 4 swimmers could be selected for each individual event on the program, excluding the women’s 800 free and men’s 1500 free, in which only 2 swimmers would be named to the team. The criteria for selection were:

Swimmers who were named to the French squad for 2017 SC Euros were obligated to swim in Montpellier at the French Short Course National Championships.