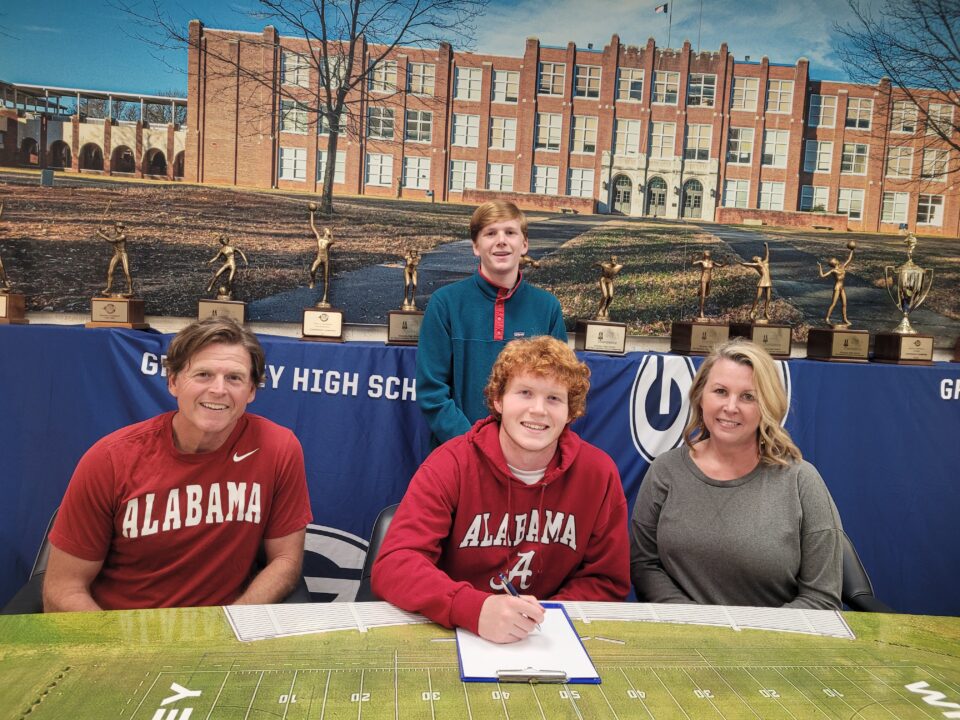 North Carolina HS 4A State runner-up Dax Harris has signed a letter of intent to swim for the Alabama Crimson Tide's class of 2026. Current photo via Dax Harris

Alabama has received a signed National Letter of Intent from Dax Harris for the 2022-23 season. Harris attends Grimsley High School in Greensboro, NC and he swims year-round with the Greensboro YMCA under the direction of Scott Bowser and Brad Herndon.

Harris is a senior at Grimsley High School, where he swims under the direction of Head Coach Susan Skipper. Harris is a team captain this year. For the last three years, he has been a top scorer for Grimsley High School. Skipper believes that he will have a strong final season of swimming before heading to Tuscaloosa. She mentioned,

He carries himself with a humble demeanor but once he hits the pool, his dedicated work ethic, precision focus and talent are boundless. Dax is an all-around competitor who never lets his team down, and can be counted on to score, impress and inspire all of his teammates. He is equally academically gifted, sitting in the top part of his 2022 graduating class at Grimsley High School.

Last season, Harris was runner-up in the 200 free at the North Carolina HS 4A State Championship. He finished in a lifetime best time of 1:39.48 to take home the silver medal. He took home an additional individual medal and PB in the 500 free, touching third in a time of 4:31.30. He also anchored Grimsley’s 200 medley and free relays, splitting 20.93 and 21.15, respectively.

A month after the state champs, Harris went a 4:28.55 at the YMCA Virtual Swimming Festival. The time earned him a Winter Junior Nationals cut. He also has Juniors qualifying times in the 1000 yard free and the 200 LCM free.

Harris has been named the All-Conference Swimmer every year of high school and was named the Metro 4A Conference Men’s Swimmer of the Year during the 2020-21 season. He holds the Grimsley school records in the 200 and 500 free.

The Crimson Tide will welcome Harris to campus in the fall of 2022. So far this season, his times would have made him the team’s second-fastest  performer in the 1000 free, their fourth-fastest in the 500 and 1650, and their fifth-fastest in the 200.

Alabama has already picked up verbals commitments from Connor Little, Drayden Bell, Ethan Otten, John Hayes, and Tanner Jones for its class of 2026. They will be the second incoming class of freshmen to swim for new head coach Margo Geer, who took over the program this season.