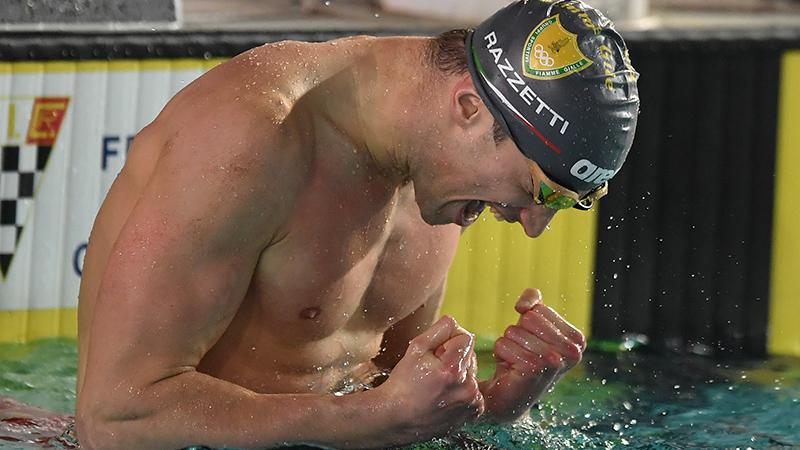 Sarah Sjostrom has targeted the Canet stop of the Mare Nostrum Series in June in Canet, France as the date of her return to competition.

Italy’s 4-day long Olympic Trials meet in Riccione wrapped up on Saturday, April 3. Over the course of the meet, 3 new swimmers added their names to the country’s Olympic roster as Sara Franceschi, Martina Carraro, and Alberto Razzetti each got under the Olympic qualifying standard in their respective events.

Sara Franceschi was the first to earn a spot on the team as she swam to victory in the 400 IM with a 4:37.06 to get under the Olympic qualification standard of 4:37.09. This will be Franceschi’s second Olympic performance, having raced the 400 IM in Rio where she placed 30th for Italy with a 4:48.48.

Two days after Franceschi qualified, Martina Carraro threw down a new Italian record, becoming the first woman from the country to swim under 1:06 in the event. Carraro hit a 1:05.86 to get under Benedetta Pilato‘s previous NR of 1:06.02, as well as the Olympic cut of 1:06.99.

Joining Carraro on the podium, Benedetta Pilato and Arianna Castiglioni tied for silver with a 1:06.00, also under the Olympic qualifying standard. Castiglioni won’t get onto the team in the event, however, as Pilato secured a spot on the team back in December when she swam a 1:06.02 in December 2020.

The third and final qualifier for Italy at the meet was Alberto Razzetti who on day four swam a new Italian record of 1:57.13. That swim was the first time that an Italian man got under 1:58 as Razzetti lowered his own Italian record of 1:58.09. The swim earned him a spot on the Olympic team considering that it was faster than the required cut of 1:58.99.

With the addition of Franceschi, Carraro, and Razzetti, Italy is now looking at a 13-strong Olympic roster for pool swimming at the Tokyo 2020 Games:

This meet was Italy’s last major Olympic qualifier but athletes will techinically get one for shot to qualify for Tokyo this June at the 2021 Sette Colli Trophy.

No freestyle relay for Italy? :'(

I think they still have the Europeans and Sette Colli which swimmers can use to qualify. The relay roster should be decided after Sette Colli.

Last edited 1 month ago by Casas 100 back gold in Tokyo
2
0
Reply
Ell.eff
Reply to  Chalmers > Dressel

Kind of disappointing roster size and event load for a nation that was really showing signs of a major swimming breakout at the 2019 Worlds.

Yea. It’s hard to believe someone like Detti will only race 1 event in Tokyo. Or why couldn’t Burdisso also swim the 100 fly or Panziera also swim the 100 back? The sport needs these athletes swimming multiple events.

I’m sure the roster wiil be very large. We shoud wait until june to have the complete roster.
Italy has at least 12 events with a medal contender, much better than Rio.

Does Santo still have time to fly to Japan for trials? Otherwise he can rest assured because he can still try the Canadian and at last the US (although very unlikely he would make it).