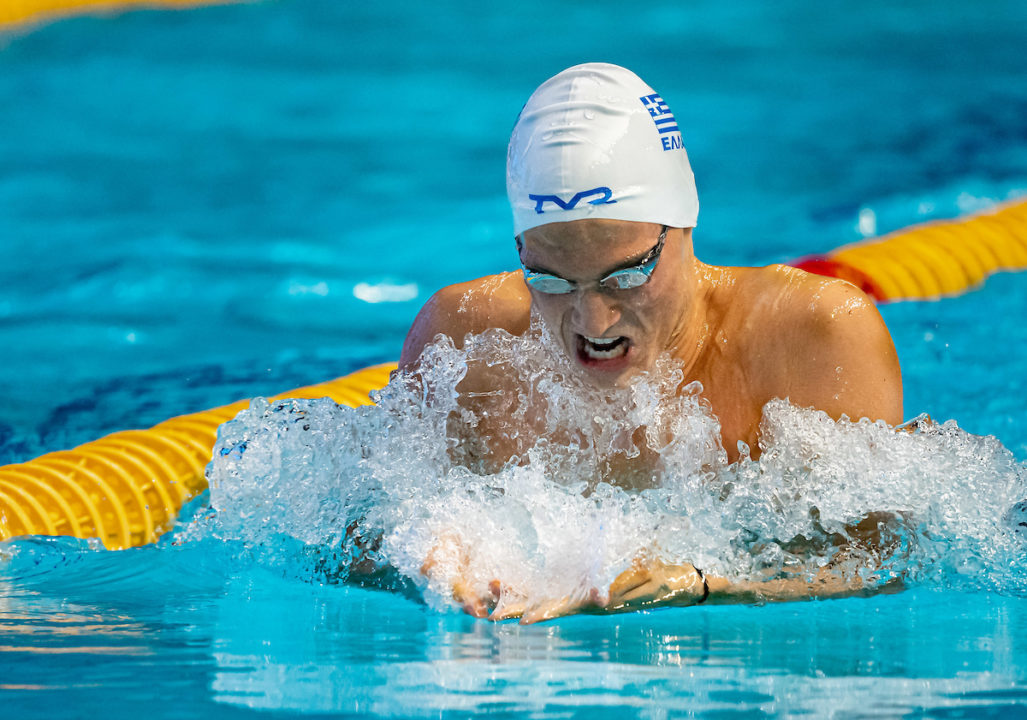 Two new countries made their appearance on the medals table as both Bulgaria and France earned bronze medals on Saturday. Archive photo via G.Scala/Deepbluemedia/Insidefoto

FINA awarded medals for five more events on Day Five: women’s 1500 free, men’s 50 fly, women’s 50 back, men’s 400 IM, and women’s 4×100 free. Two new countries made their appearance on the medals table as both Bulgaria and France earned bronze medals on Saturday. Josif Miladinov gave Bulgaria its first medal with a third-place finish in the 50 butterfly, going 23.48 for a new Bulgarian senior national record. France’s Léon Marchard also broke his country’s senior national record with 4:16.37 in a bronze-medal performance in the 400 IM.

Lani Pallister of Australia won the first gold medal of the night with a Championships Record in the 1500 free. Her teammate Bronte Job added a gold with her 27.87 win in the women’s 50 back final. The two performances Australia ahead of Russia on the medals table. The Aussies now rank second behind the United States.

Italy moved up a spot too, as Thomas Ceccon won gold in the 50 fly with 23.37 and helped Italy overtake Canada in the fourth position.

The biggest surprise of the name came in the men’s 400 IM, when Greece’s Apostolos Papastamos crushed the Championship Record, World Junior Record, and Greek National Record with 4:11.93. That vaulted Greece to number 8 on the table.

Hard to argue with such great success.

I am very disappointed in our shortcoming in Silver medals. Someone needs to fix that!

The USA lead did not grow. Headline incorrect . Anyway very happy with Australia and some smaller teams .