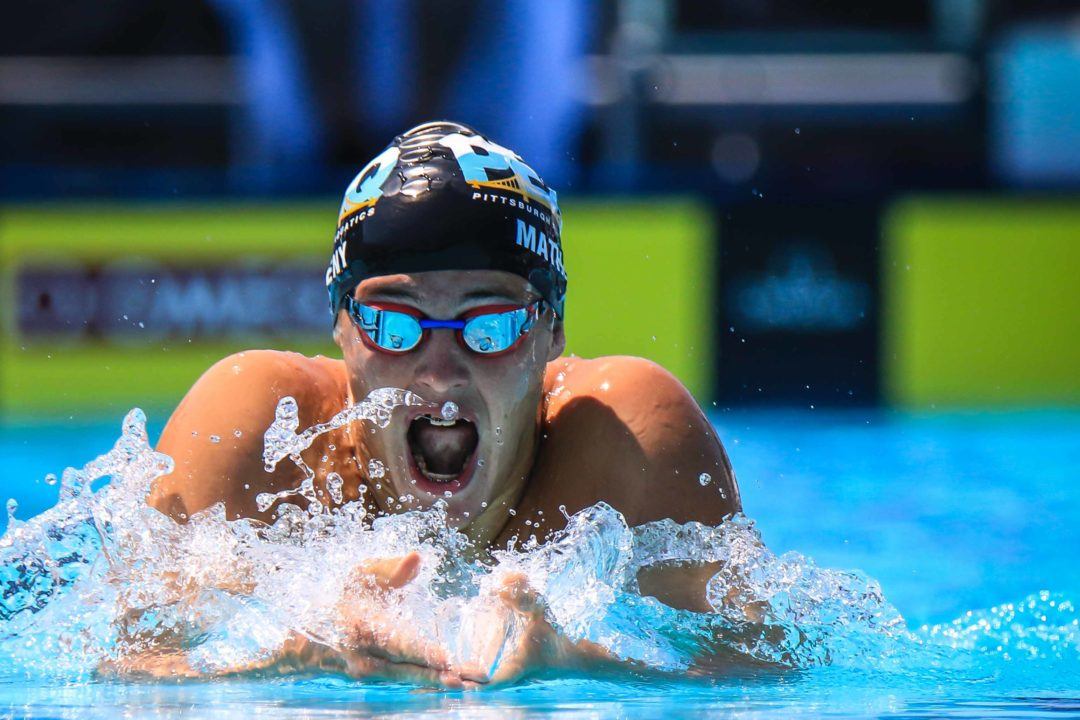 Josh Matheny, who broke the Championships Record in the 200 breast, was 1.05% faster than Daniel Roy, the 2017 winner of the event. Current photo via Jack Spitser/Spitser Photography

Meg Harris of Australia topped off her World Junior Championships campaign with a 50m free bronze behind Americans Gretchen Walsh and Maxine Parker.

Now that the 2019 FINA World Junior Championships have come to a conclusion, we thought it would be interesting to take a look at how the meet stacked up against past versions. While there were more records broken in Indianapolis in 2017, the average times from the 42 events in Budapest were faster than those from Indianapolis by .15%. A noticeable difference between the two meets was the depth of the field. The average improvement in second-place times from 2017 to 2019 was .21%, while the average improvement in third-place times over the two-year period was .25%.

The distance events tended to have bigger relative drops than the sprints, and none was more evident than the 1500 free where Franko Grgic of Croatia provided the biggest relative time improvement of the meet. Grgic broke the World Junior Record and Championships Record, not to mention the Croatian National Record, going nearly 20 seconds faster in the 1500 than Andrew Abruzzo did in 2017, 14:46.09 vs 15:06.48, for a 2.25% time improvement.

Below are all the comparisons, event by event:

Michael Andrew….. whatever became of him?

I second that! SwimSwam rocks and the swim nerd world appreciates it!

I could be wrong but wasn’t the USA men’s 4×200 free relay team DQd in 2017 eventually due to a positive drug test , so Australia won bronze then . Happened quite a few months later ?

7
-1
Reply
remel can do anything
Reply to  Samesame

2
0
Reply
DBSwims
Reply to  remel can do anything

Yea it was MR. Willenbring also got striped of his individual bronze in the 100 free and Kreuger ended up with bronze.