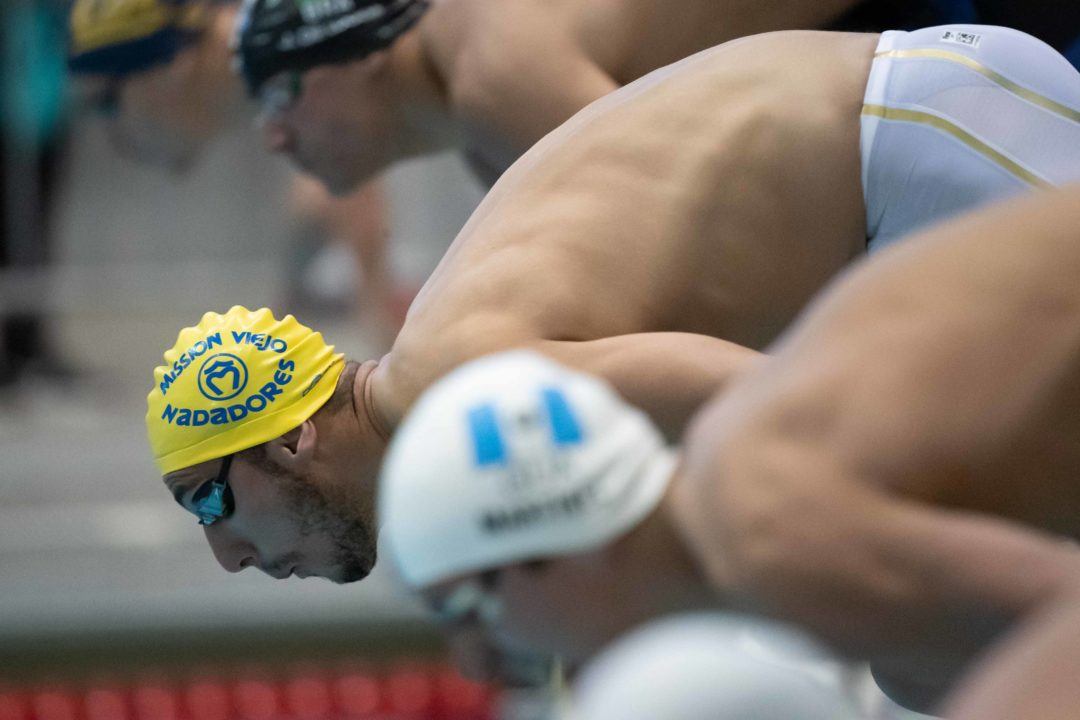 The 2019 African Games wrapped up its swimming competition tonight in Morocco, but not before several more meet records bit the dust. Archive photo via Mike Lewis/Ola Vista Photography

The pool swimming competition of the 2019 African Games wrapped up today in Morocco, but not before several new meet records bit the dust.

Action kicked off in electrifying fashion in both the men’s and women’s 50m freestyle events, with Ali Khalafalla of Egypt taking the former in a time of 22.17. He owns the Egyptian National Record in a time of 21.97 from last year’s Mediterranean Games, but his 22.17 tonight was enough to hold off the 100m freestyle champion here, Oussama Sahnoune of Algeria, who hit the wall just .02 later in 22.19 for silver.

South African Olympic finalist Brad Tandy registered a time of 22.21 tonight to give his nation bronze in this men’s splash n’ dash event.

The women’s 50m free saw Erin Gallagher get to the wall first in a mark of 24.95, the only sub-25 second outing of the field. It also represents the 20-year-old’s first-ever outing under 25 seconds, giving her a shiny new South African Record. You can read more about her historic feat here.

Behind Gallagher was Farida Osman, the Egyptian who already collected 50m fly and 100m fly gold medals here, in addition to a 100m free silver. Osman touched in 25.06 to finish .11 after Gallagher. She owns Egypt’s National Record in 24.62 from the 2017 World Championships.

Gallagher’s teammate, Emma Chelius, touched in 25.25 to round out the top 3 in the women’s 50m free.