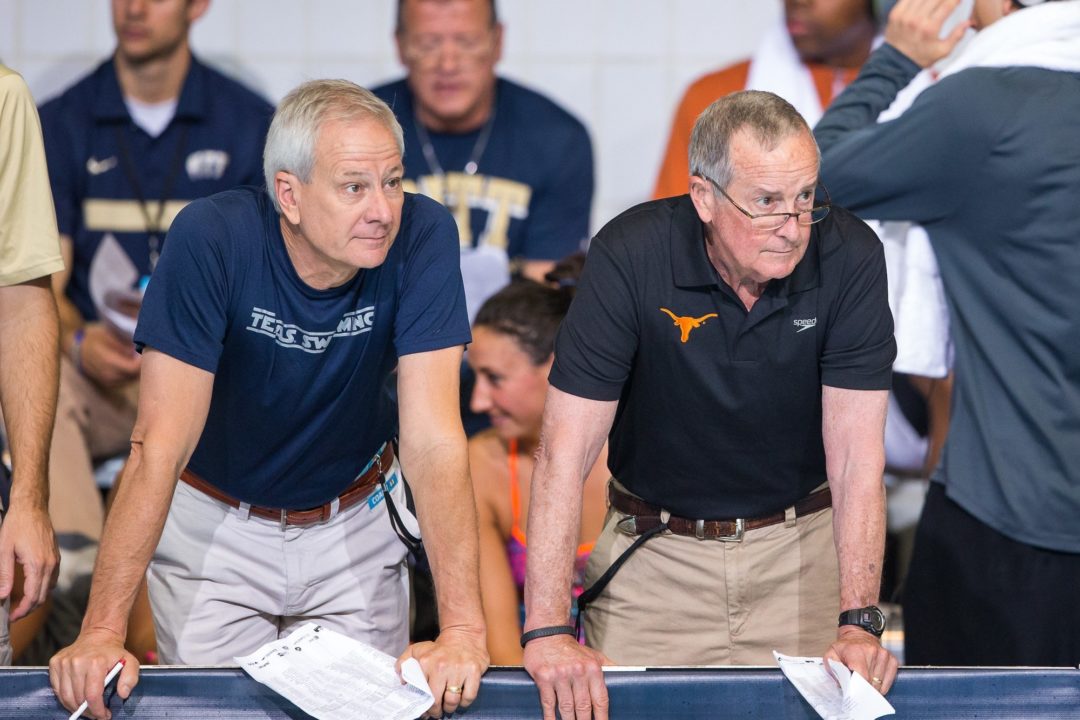 The annual Texas-Michigan-Indiana tri-dual meet is shaping up to be much faster and deeper this fall with the addition of another NCAA top 15 program. Archive photo via Tim Binning/TheSwimPictures.com

We heard whispers from within the swimming community about the possibility of a mega-meet; a meet that would turn heads across the country. Every collegiate season we get to watch several fast meets, but there are a few that separate themselves from the rest. The Texas Vs. Michigan Vs. Indiana tri-dual meet has been one of the faster meets of the year for the past few seasons. The men’s meet in particular featured the 2014 NCAA Runner-ups, the 2013 NCAA National Champions, and another NCAA top 10 program. The women’s meet, although not as fast comparatively, is still very competitive, and will be getting faster with the recent recruiting classes from each program.

As if this meet wasn’t exciting enough, a new team has been invited in addition to the existing three powerhouse teams for the 2014-2015 season. The University of Louisville has been invited to join the meet, which will be hosted over two days on the 24th and 25th of October. The meet will be hosted by The University of Michigan at the Canham Natatorium. It is believed that this meet will be formatted as a quad-dual meet, but that is not finalized as of yet.

“Our goal was to enhance our competition level in the 2014-2015 meet schedule, and I feel we accomplished just that.  We look forward to measuring ourselves against great competition early on” – Louisville Head Coach Arthur Albiero