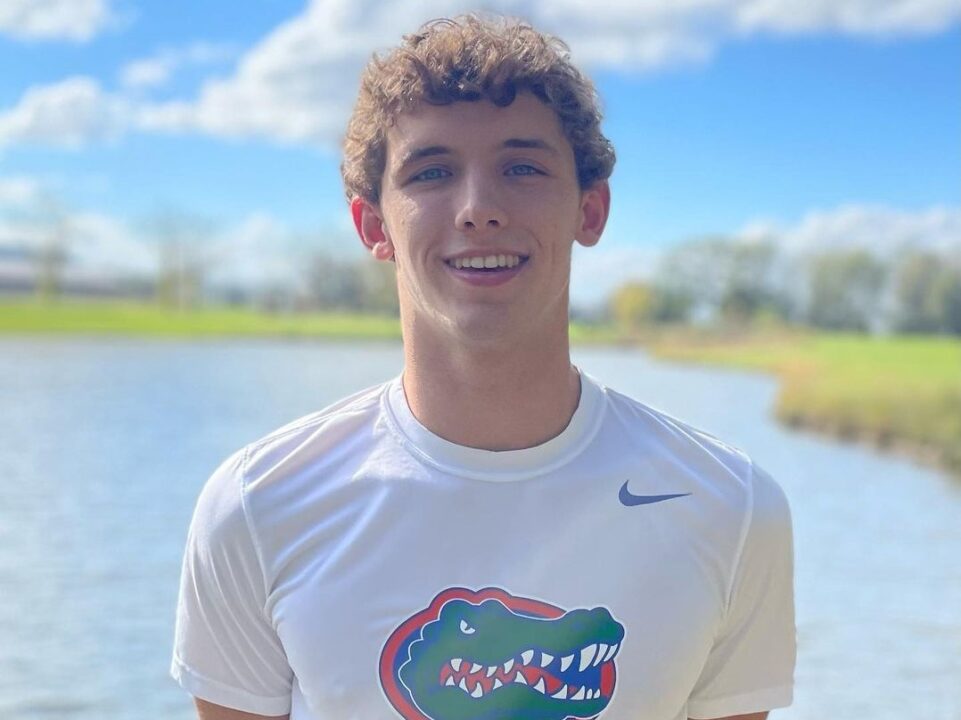 Greater Toledo's Scotty Buff broke the NCSA meet record in the 50 back, one of four individual records to fall this evening. Current photo via Scotty Buff

While the nation’s top women collegiate swimmers are competing in Atlanta, the next generation of senior-level stars are making headlines competing at the NCSA Spring Championships in Orlando. This evening’s session was loaded with fast swims, including new meet records set in four of the six individual events contested.

In the first race of the night, Long Island Aquatic Club’s Tess Howley blasted a new meet record in the 200 fly in 1:52.88, just sliding under Janet Hu’s 2014 mark of 1:52.92. Hu went on to compete at Stanford where she was a multiple time All American and a member of three national championship teams.

Howley’s swim was just off of her lifetime best of 1:52.76 from the NCAP Invitational in December. Howley currently sits 2nd all time in the 15-16 girls 200 fly, a second and a half behind Tokyo 2020 Olympian and current Stanford freshman Regan Smith and 2 tenths ahead of the legendary Mary T Meagher, who swam a 1:52.99 in 1981.

The women’s meet record assault continued in the next race, with TNT Swimming’s Levenia Sim breaking her own meet record in the 50 back with a new lifetime best of 23.95. That swim is remarkably quick for the 15 year old from Alabama.

In comparing her swim with tonight’s NCAA 200 medley relay finals, Sim’s swim would have been very competitive with the opening split from several of the top 8 relays at tonight’s NCAAs. Her swim outsplit Texas backstroker Julia Cook, who opened Texas’ 5th place relay in 24.43. She was also within a tenth of Ohio State’s Emily Crane (23.89), Cal’s Isabelle Stadden (23.90) and Louisville’s Abby Hay (23.86).

Wildcat Aquatics’ Kaelyn Gridley completed a perfect sweep of the girls individual meet records this evening, winning the 200 breast in 2:08.30. The Duke commit from Chicago’s northern suburbs swam even with Elmbrook Swim Club’s Lucy Thomas through the first 150 yards, actually turning just behind Thomas after the third 50. Gridley powered home over the final 50 in 33.50 to take the win, nearly a full second ahead of Thomas. Gridley now sits 21st all time in the 17-18 age group, just behind former Florida All American Vanessa Pearl and two spots behind Olympic gold medalist Rebecca Soni.

It wasn’t only the girls who were lighting up the pool this evening, however. Greater Toledo’s Scotty Buff, a high school junior committed to swim at Florida, blasted a new meet record in the 50 back. In the prelim session, Buff tied the 2014 meet record of 21.43 from Baylor’s Luke Kaliszak, but returned in finals to swim two tenths faster and break the meet record in 21.23. Kaliszak went on to compete at the University of Alabama, where he was one of the top sprint backstrokers in the nation while competing for the Crimson Tide.

The NCSA Spring Championship will continue tomorrow morning at 9 AM EST with the day three prelim session.

All videos on this channel The Hafner’s Heroes – YouTube