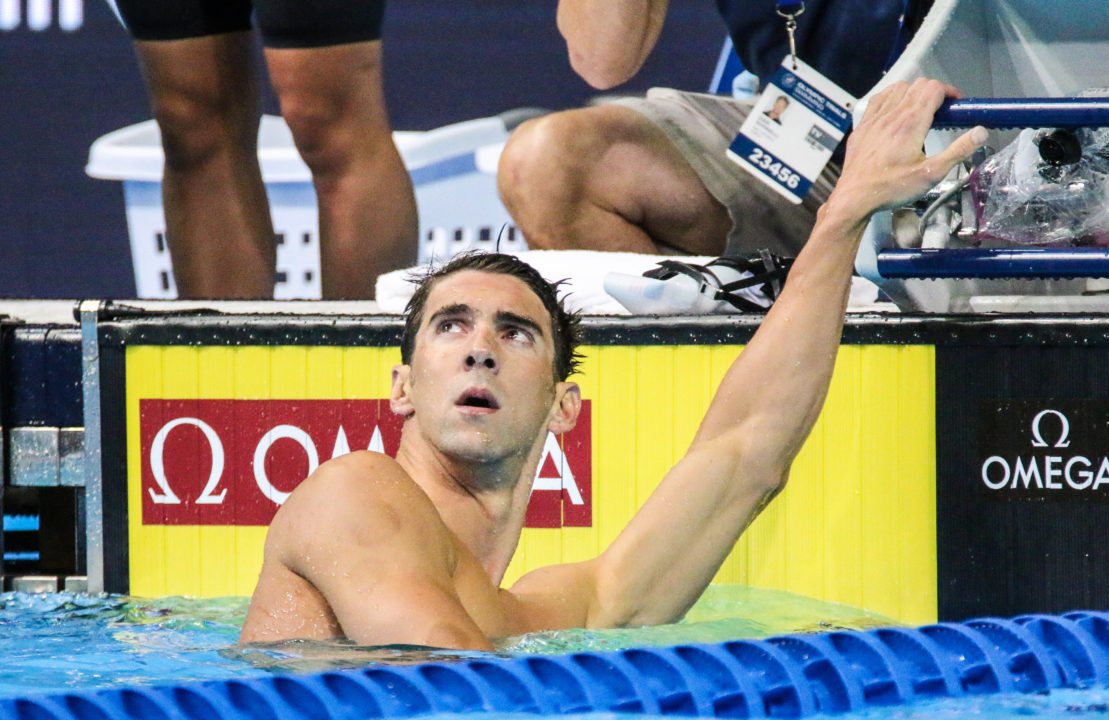 The list of 2nd-fastest performers all-time includes many legendary swimmers and former records that were once thought untouchable. Current photo via Jack Spitser/Spitser Photography

A palpable electricity engulfs the stands and sends shockwaves around the pool deck when a major record is broken. A similar surge emanates through the crowd and masses on deck when a record is nearly broken. Consider at the 2017 FINA World Championships when American Caeleb Dressel nearly broke Michael Phelps‘ 2009 World Record in the 100 butterfly, registering a 49.86 to Phelps’ 49.82.

Phelps’ name appears on the list of second-fastest performers all-time more than a casual viewer of swimming would probably expect, but for those deeply entrenched in the sport, watching Phelps’ records fall has been a bittersweet march forward for swimming. Phelps retains only one individual World Record in the 400 IM, though his influence, impact, and continued omnipresence is indelible.

Beyond Phelps, the list of second-fastest performers all-time includes many legendary swimmers and former records that were once thought untouchable.

Phelps graces the list four times, the most of any swimmer, male or female.

Lithuanian Ruta Meilutyte is the only woman to hold more than one position on the list as she remains the second-fastest all-time in both the 50 and 100 breaststroke.

Great Britain’s Rebecca Adlington has held on to the title of second-fastest ever in the 800 meter freestyle, though it’s also worth noting that American World Record Holder and double Olympic gold medalist in the 800 free Katie Ledecky holds the top-22 fastest performances all-time, meaning Adlington’s former World Record has been beaten on 22 separate occasions by Ledecky.

Sweden’s Sarah Sjostrom has a similar dominance in the 50 butterfly where she is the sole contributor to the top-16 fastest performances all-time, meaning that the second-fastest woman in history in the event, compatriot and former-World Record holder Therese Alshammar, occupies the 17th-fastest position on the all-time performances list.

Similarly, on the men’s side, Ilya Shymanovich of Belarus is the second-fastest man ever in the 100 meter breaststroke, though his incredible 58.29 from 2018 is only the 19th-fastest performance all-time, leaving the top-18 to Great Britain’s Adam Peaty.

Damn shame the GOAT has so many on this list.

Any chance of listing the second-fastest relays?

I was thinking the same thing. curious what the oldest 2nd all-time is

USA went 3:27:95 in Rio in the mens medley…not sure if thats the second fastest tho

Relay records are technically held by the countries not the individual swimmers so the second fastest performer has to be from a different country than the WR holder.

If Michael Phelps had only swam a couple races as a part of his program, I could imagine his 100fly would be 49.5 or even better.

Agree, to be fair though it’s not like Dressel only trains for that event either.

He’s the most natural 200 flyer I’ve seen. I bet peak Phelps swimming 2-3 events only would still have the 200 fly WR.
On the other hand, Caeleb is way more explosive than Phelps over 100 meters. Every worlds or Olympics Phelps won the 100 fly, he eked out a win.

Exactly, lets not degrade Milak. Phelps is the greatest swimmer I have seen, no doubt, he’s also a winner, he wants to win more then most, big time swimmer. But Milak swim in his WR swim was awesome, never seen anything like it.

Not many here have a personal archivist.

might be a generation or 2 before that “s” makes sense

Agree, Thorpe is the most legendary name on this list.

not sure which gap from 1st to 2nd all time performer is more unreal: the men’s 100 breast or women’s 800. i didn’t even realize until now how insanely dominant peaty’s WR is mostly because i’ve seen him do a sub 58 several times now (including relays)…but now that i see this list i’m like..holy cats