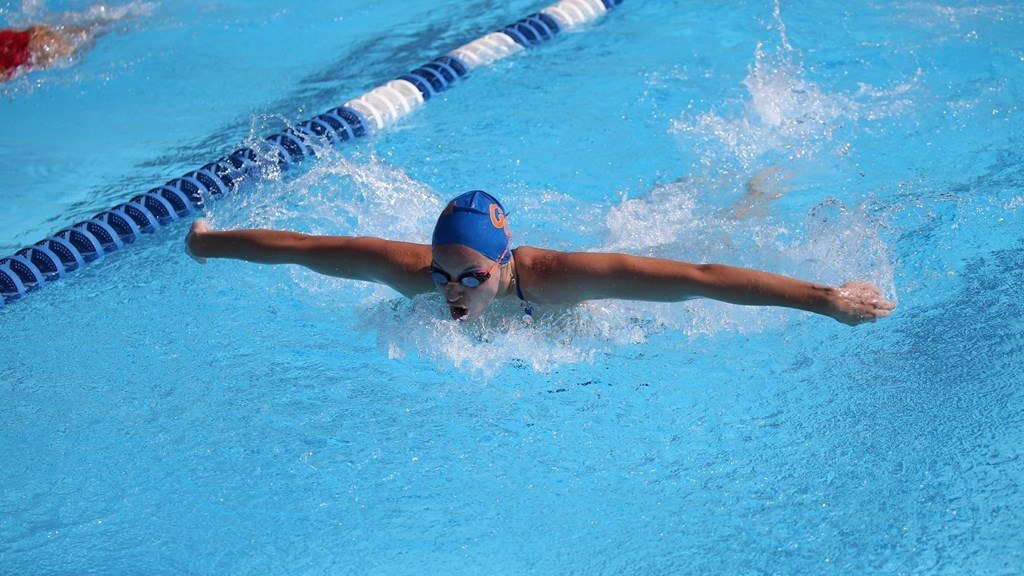 The Florida Gators swept the FAU Owls on Saturday, making both the Gator men and women 3-for-3 over their opening weekend of the season. Stock photo via Florida Athletics

The Florida Gators’ busy opening weekend has come to a close, with both the men and women now 3-0 with their victorious meet against the FAU Owls.

Earlier in the weekend, the Florida men took over Nova Southeastern and Indian River on Friday while the women won against FIU on Thursday and Miami (FL) on Friday.

The Florida women crushed the FAU Owls 220.5-79.5, with non-winners exhibitioned in the last four events. The Gators started the meet off with a victory in the 200 medley relay (1:43.23), aided by the quartet of Emma Ball, Chade Nersicio, Kathleen Golding, and Gabrielle Hillis.

Ball kept it rolling for the Gators later in the meet, flipping on her stomach and taking a win in the 100 fly at 56.61. FAU freshman Grace Molinaro finished in second place with a time of 57.79.

Alongside Ball, five more Gator women took home multiple victories on Saturday. Savanna Faulconer earned the meet’s first individual win in the 1000 free, touching in at 10:10.49. Faulconer switched it up into the 200 breast, winning with a 2:21.33.

Standout Florida sophomore Vanessa Pearl showed her powerful versatility by earning wins in the 200 fly (2:02.34) and 200 back (2:01.37). With now three meets under the Gators’ belts, these Saturday event victories for Pearl mark her 5th and 6th wins of the whole weekend.

Florida senior Sherridon Dressel continued her stellar meet performance streak alive on Saturday with her 50 free winning time of 22.89. Dressel was also joined by Pearl, Celismar Guzman, Tori Bindi to cap off the Gators’ meet win in the 400 free relay, winning with a time of 3:23.97.

The Gator men dominated the FAU Owls on Saturday 208-90, with the final four events of the meet exhibitioned. The Florida quartet of Kieran Smith, Marco Guarente, Will Davis, and Jack Szaranek kicked off the Gator winning streak in the 200 medley relay, touching in at 1:30.51.

Florida freshman and U.S. national teamer Brennan Gravley utilized his open water endurance to earn his first collegiate meet victory in the 1000 free with a time of 9:25.80, just 6 seconds ahead of FAU runner-up Will Smith (9:31.29).

After aiding the men’s 200 medley relay win, breaststroker Guarente took a dominant win in the 200 breast, winning by over 5 seconds with a top time of 2:02.49. In the same way, medley relay backstroke lead-off Smith showed his event strength and took the top 500 free time of 4:27.88.

Beach, Davis, Baqlah, and Smith teamed up to take the top time in the 400 free relay (3:01.20) and capped their third meet win of the weekend.

Up next, the Gator men and women will travel to Minnesota and face the Gophers on October 11th at 7pm CT.