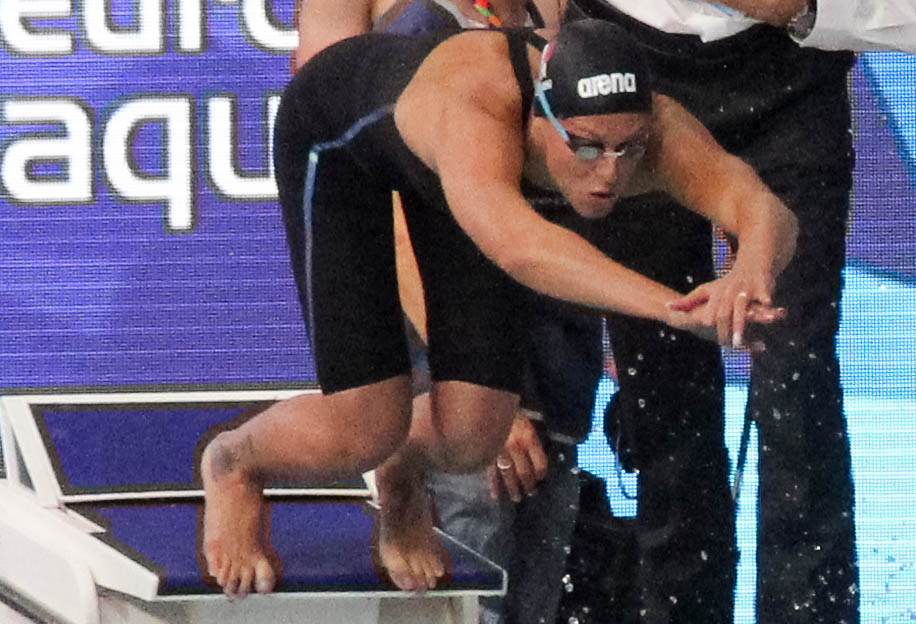 Swimming at the Campus Aquae Trophy in Pavia, Italy, over the weekend, Federica Pellegrini took to the 400 free, a race she doesn’t swim very often. She won the event in a time of 4:10.09.

It doesn’t seem very likely that Pellegrini is going to add the 400 free to her repertoire at big meets, but it can be hard to tell with her. After handing Ledecky her first-ever individual loss in an international championship meet in the 200 free at 2017 Worlds, Pellegrini said she was done with the 200 free at a major championship. Then, she raced it at the 2018 SC Worlds, six months ago, finishing just off of the podium in 4th.

If she’s teetering away from the 200 free individually, though, it would be a surprise if the mid-distance specialist and sprinter decided to put serious focus on an event twice that distance.

Much faster than same age Hosszu in Indianapolis (4:12:30). Congratulations 😀

I know their dates of birth. I just wanted to underline that these ladies entered the fourth decade of their lives. Since that they are all of the same age.
I don’t know why it is a big deal that Pellegrini swam 400 by 4:10. I would be more entertained to see Sjostrom negative splitting 400 for whatever it takes.

Seems like a lot of the consistent performers with staying power swim longer events than their primaries in season.

Maybe it’s an indicator of drive rather than a causal factor.