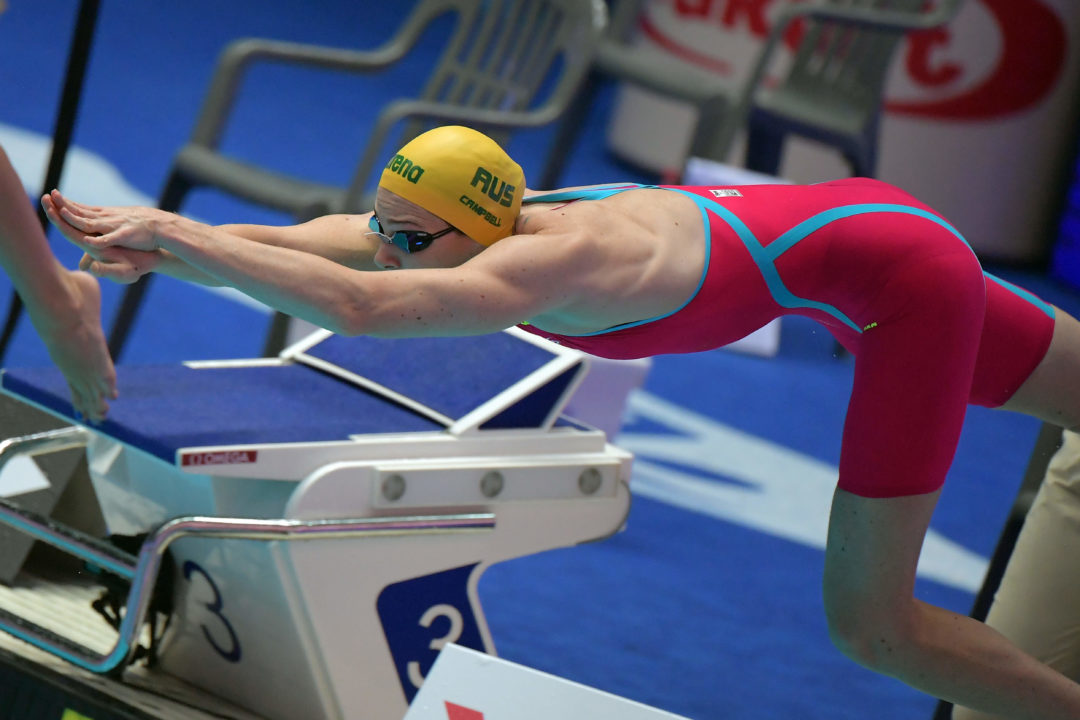 Major swims are happening down under at these 2020 Queensland Championships, even from the younger set including Mollie O'Callaghan. Archive photo via Gian Mattia D'Alberto - LaPresse

Already we saw 15-year-old Flynn Southam of Bond breakthrough in a big way with a new age record in the men’s 100m free, but there was another huge age swim on the women’s side as well.

We reported how 15-year-old Flynn Southam crushed a new Aussie age record in the men’s 100m freestyle, overtaking the previous mark held by none other than 2016 Olympic champion Kyle Chalmers. You can read more about Southam of Bond’s breakout performance here.

Competing in the women’s open final, however, was Mollie O’Callaghan, the 16-year-old St. Peters Western star who has been throwing down short course personal bests left and right.

Tonight at these 2020 Queensland Championships O’Callaghan crushed a massive time of 53.93 tonight in the 100m free to claim the silver behind winner Emma McKeon.

McKeon ripped an impressive outing in her own right, hitting the wall in 52.46, which we’ll discuss more in the day’s full recap.

But for O’Callaghan, she had never before been under the 54-second mark, owning a personal best in this event at 54.77 from this meet last year. Flash forward to tonight, however, and O’Callaghan entered entirely new territory, touching in 53.93 for silver.

Splits for O’Callaghan’s time tonight include 26.12/27.81. Her outing overtakes a historic national record, as the previous age mark of 54.08 established by Yolane Kukla has been on the books for over 8 years. For additional perspective, Olympic relay gold medalist Cate Campbell is ranked 2nd among Aussie 16-year-olds, producing a time of 54.20 at that age back in 2008.

For additional perspective O’Callaghan’s 53.93 tonight would rank her as the 4th fastest American 15-16-year-old of all time, sitting only behind record-holder Missy Franklin’s 53.63, Gretchen Walsh’s 53.74 and Simone Manuel’s 53.86 from that age.

Seems to be getting faster as the meet progresses.

She ages up before age champs in April so that might be where she remains. Pretty good company.