Euros Relay Lineups: Hosszu In For Hungary, No Guy/Scott For Brits 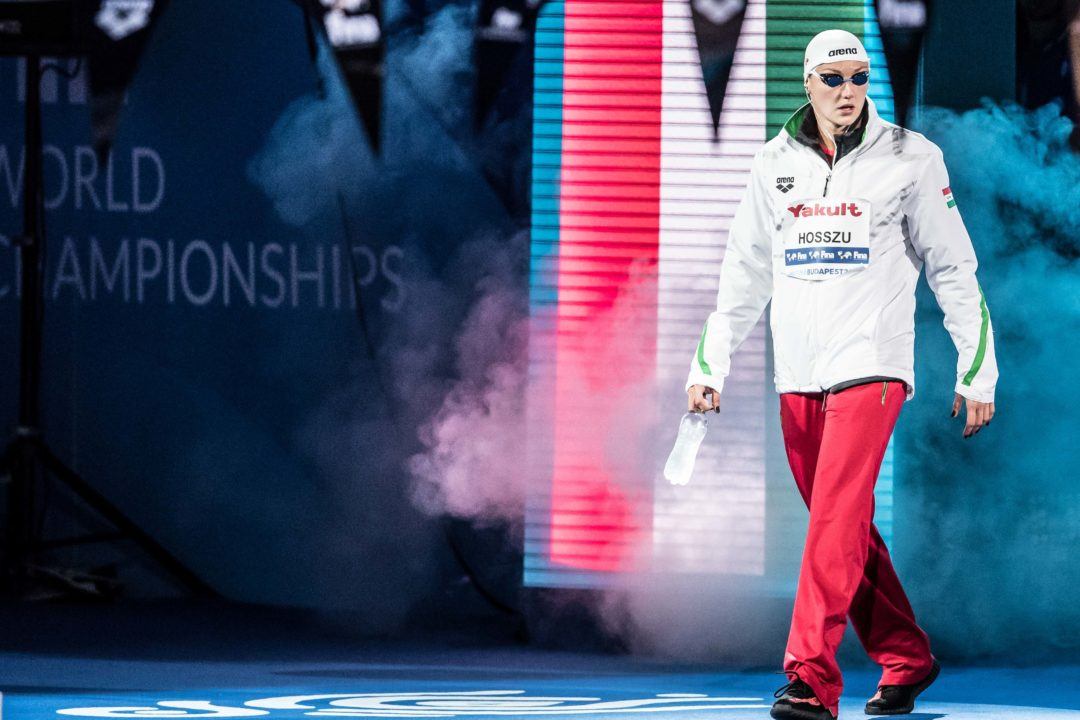 The relay lineups for tonight’s mixed 4×200 free relay have been posted at the European Championships, and a few swimmers are notably absent.

Great Britain has left off both Duncan Scott and James Guy from their squad, opting for Stephen Milne and Craig McLean on the men’s side and Kathryn Greenslade and Freya Anderson for women. Both Scott and Guy have individual events during tonight’s session which likely played a factor in this decision, with Scott in the men’s 100 free semis and Guy the 200 fly semis.

Hungary, who will be out in lane 1, have Katinka Hosszu slated to make her meet debut on their squad, joining Kristof Milak, Nandor Nemeth and Zsuzsanna Jakabos. They’ve left out Dominik Kozma, their top 200 freestyler last year, but he wasn’t firing on all cylinders yesterday in the 400 free relay.

The Russians come in looking strong, as do the Italians who have reigning women’s world champion Federica Pellegrini on their third leg. The Germans will also be dangerous with Jacob Heidtmann (led-off in 1:46 this morning) and Henning Muehlleitner (won 400 free bronze) on their first two legs.