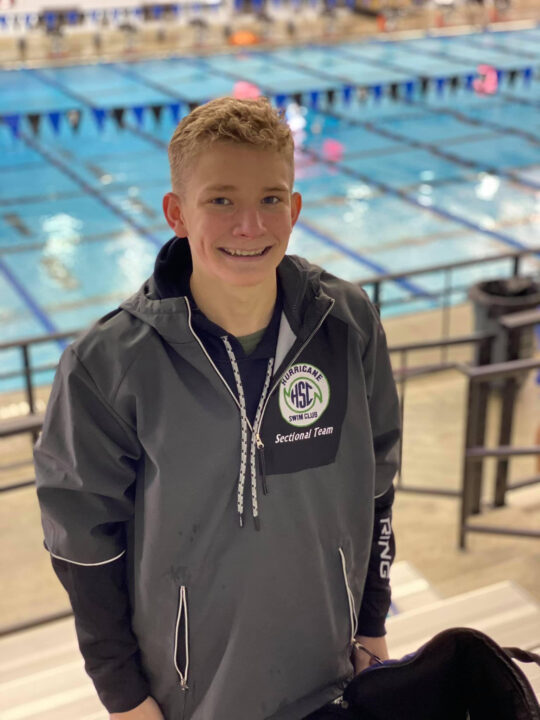 A few weeks later at the Tupelo Top TYR Invite, Ring laid claim to the rest of the Louisiana 11-12 freestyle marks:

Ring comes from a swimming family. His father, Eddie Ring, was an All-American swimmer at LSU in the 90s. Eddie’s mother, Duane Ring, coached high school swimming in Louisiana and won multiple team state titles for both boys and girls.

We are so proud of you, Eric!