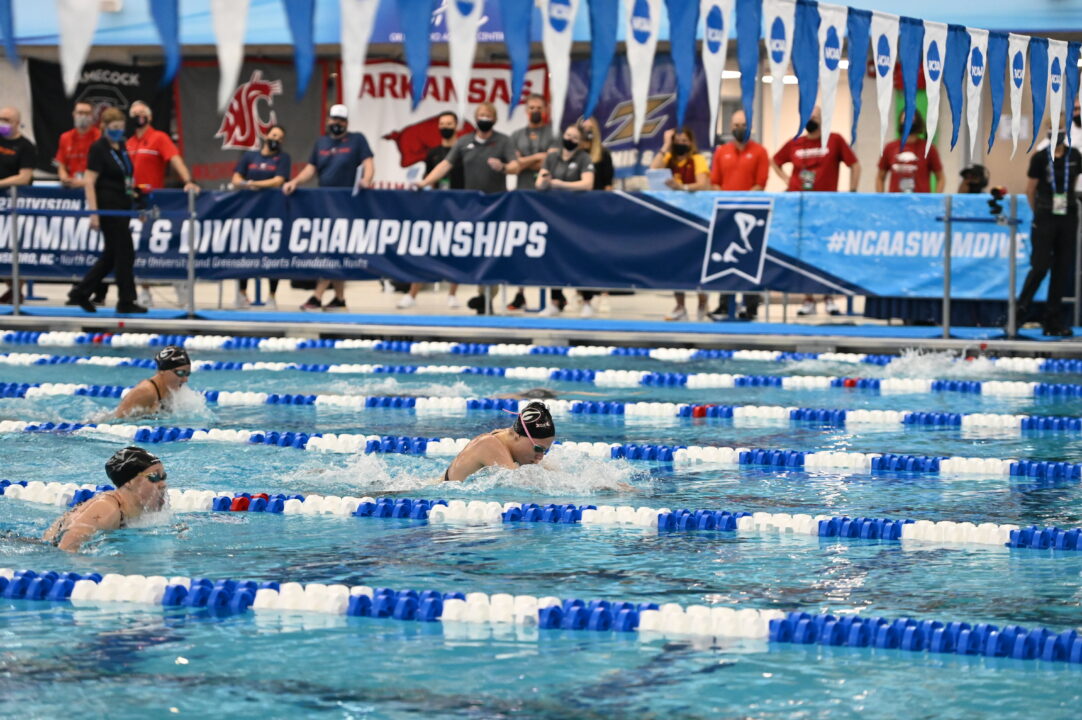 Having just set it at 2021 ACCs, Ella Nelson lowered the conference record in the 200 IM tonight with a 4:02.33 silver medal swim. Current photo via Courtesy of the NCAA

Tonight, she touched in second in the NCAA A-final behind Stanford gold medalist Brooke Forde‘s winning time of 4:01.57 which was just off her PB of 3:59.26 from 2019.

Nelson and Forde were fairly close together for the first half of the race as Forde opened it up with a 55.06 fly split to Nelson’s 55.79. By the 200 meter mark, Forde was a 1;57.35 and Nelson trailed, touching in a 1:58.46. Forde pulled ahead on the breaststroke leg and brought it home with the freestyle to touch just under a second before Nelson.

Joining Nelson and Forde on the podium was Lauren Poole from Kentucky with a 4:02.73 for bronze.

Nelson’s third event this weekend will be the 200 breaststroke in which she’s entered as 5th seed with a 2:05.91.

A lot of punch in little Ella.