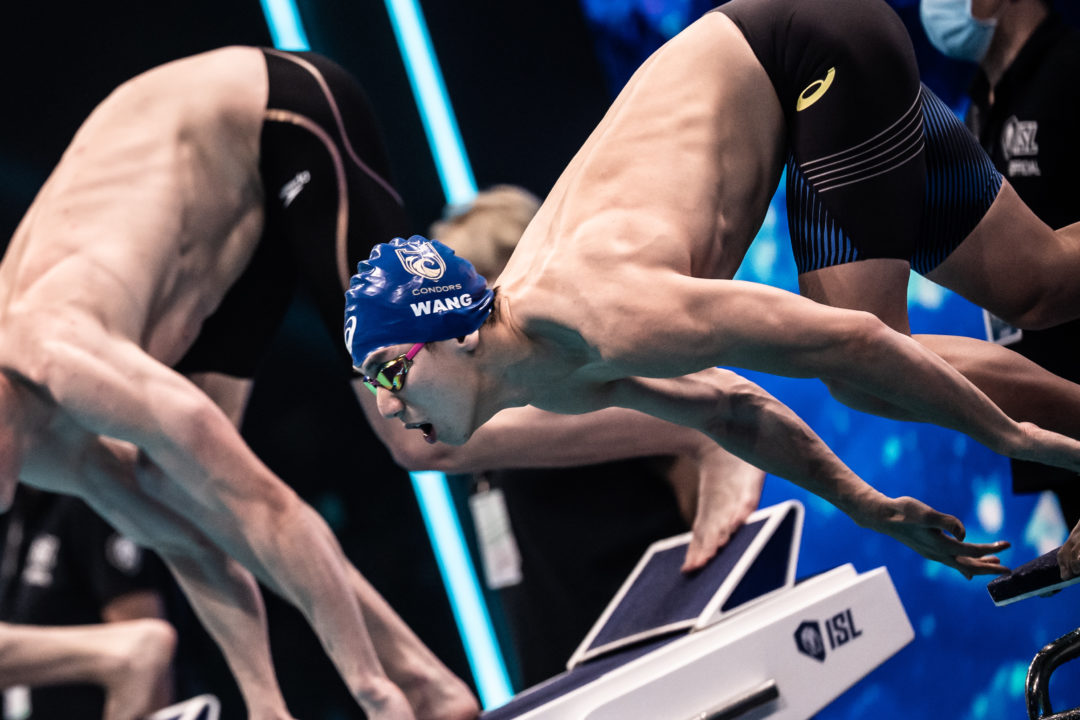 Wang chopped .65 off the world junior mark he set in Match 1, becoming the second-fastest swimmer in the ISL this season. Current photo via Mike Lewis/Ola Vista Photography

Cali Condors swimmer Eddie Wang broke the world junior record in the men’s 200 butterfly for the second time this ISL season during Match 10, putting up a time of 1:50.14.

Wang, known as Wang Kuan-hung in his country of Taiwan (Chinese Taipei), initially set the record back in Match 1 in mid-October, where he clocked 1:50.79 to lower the benchmark time of 1:51.30 established by Daiya Seto in 2012.

Wang gave LA Current veteran Tom Shields a run for his money in the event, finishing just over three-tenths back of the American Olympian who won in a season-best of 1:49.78. Shields also beat Wang when he set the old record in the season-opener.

Shields overtakes Chad Le Clos (1:50.24) as the fastest swimmer in the event this ISL season, while Wang jumps up from fifth into second.

Wang will be eligible to break world junior records through December 31 of this year.

Interested to know how CAC found him. Talk about a diamond in the rough!

On the USA Swimming website his times show up as if he is registered with Gator Swim Club in Gainesville, Florida. Several other swimmers on the team are from Florida. Have no idea if he has trained there or if there is some other connection.

Urlando still has this year to break this WJR or too late for him ?

WOW – That is HUGE! Nice swim too.