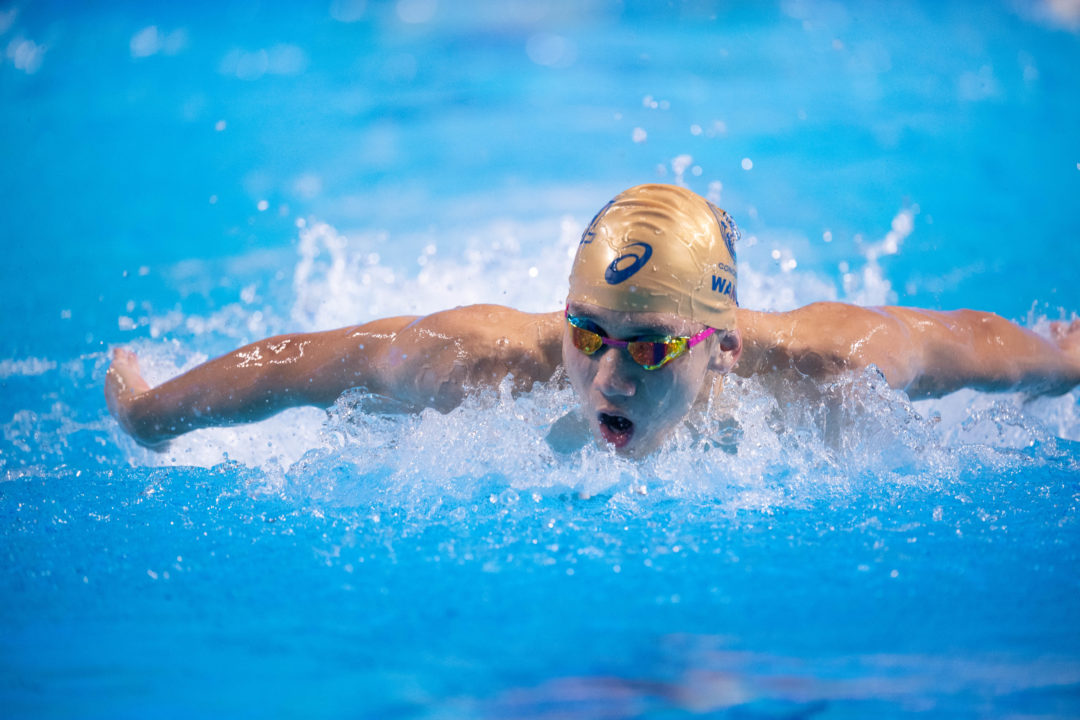 Eddie Wang, known as Wang Kuan-hung in his home country, has set the World Junior Record in the 200 short course meter butterfly.

Wang, who represents Taiwan (Chinese Taipei) internationally, finished 3rd in the 200 fly representing the Cali Condors this weekend at the opening meet of the 2020 ISL season. That breaks the 2012 time of Daiya Seto set in 1:51.30 that was the previous FINA-recognized benchmark to become the first official World Junior Record holder in the event.

Wang was out nearly a full second faster in his record-breaking swim than Seto was in his prior benchmark-holder, and while Wang faded a little over the last 50 meters, he still had plenty of room to touch under record place.

Wang, who was born on January 23, 2002, doesn’t turn 19 until next year. Under FINA rules for World Junior Records, male swimmers are age-eligible through December 31 of the year in which they turn 18.

The record is pending acceptance by FINA, which the organization has not commented on yet this year, but which only accepted times from some meets last season. Ratification would also require a doping control sample to have been collected at the ISL meet.

The long course World Junior Record in the 200 fly belongs to Kristof Milak at 1:53.79, though he also went 1:52.71 when age-eligible, though it was never ratified by FINA. Milak is the current overall World Record holder in the 200 fly as well.

The article says the World JUNIOR record is listed at 1:53.79 (even the though the article also lists that Milak went 1:52.71 while an eligible Junior). The the time discussed in the article is not Milak’s overall World record.