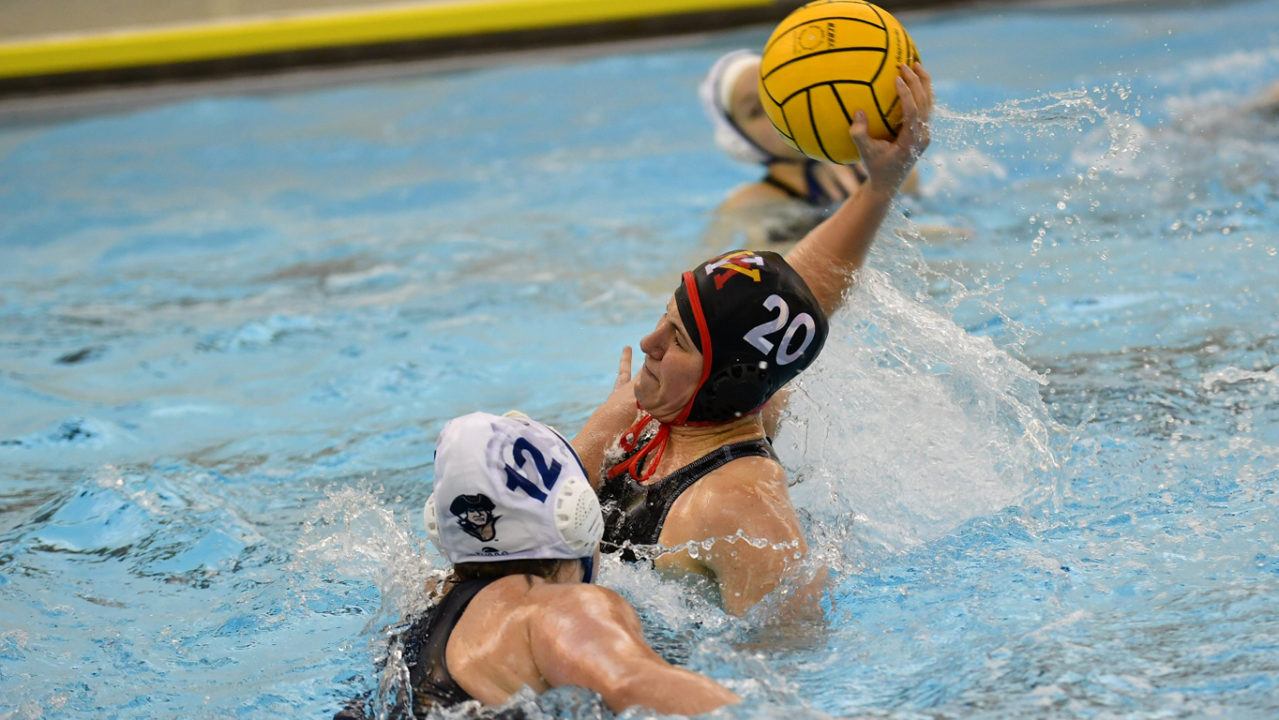 VMI put in 46 goals in two Saturday wins at the Macalester Invitational, including a school record eight by Sarah Dolitsky against host Macalester. Dolitsky went on to score 24 goals on the week, leading the Week 5 offensive standout performances. Current photo via VMI Athletic Communication

VMI put in 46 goals in two Saturday wins at the Macalester Invitational. The team’s 22-1 win over Carthage included a school record for largest margin of victory, while the 24-10 effort against Monmouth marked the most goals in a match.

In the victory over Monmouth, Imset tied her own school record with seven goals. Sarah Dolitsky put in six goals, while Petrassi added four.

All told, Dolitsky scored 24 goals as VMI went 5-0 at the Macelester Invitational. The senior started the weekend netting a school-record eight goals as the Keydets topped Macalester 14-7 on Friday. Dolitsky scored five times in the final period to put the victory in the books.

In the team’s 22-1 win over Carthage, which set a school record for largest margin of victory, Dolitsky added one score and two assists. In the team’s 24-10 win over Monmouth, she poured in six goals. On Sunday, Dolitsky registered a hat trick in a 9-6 victory over Macalester and added six scores in a 16-15 overtime win over Redlands in the weekend finale.

McKendree’s Brianna Mullaley notched nine goals in the team’s 21-6 win over Washington and Jefferson as the Bearcats went 3-1 at the Washington & Jefferson Invitational.

Salem’s Annefleur ten Bloemendal scored eight goals as the team topped Villanova 15-14. Teammate Margherita Garibbo added a hat trick in the win. The Tigers got five scores from Maryanna Antoniou in a 14-4 win over Occidental and four more goals from Garibbo.

Kolby Kahahawai of the Redlands scored seven of her 17 goals on the win in the team’s 13-10 win over Macalester.

Hawaii’s Irene Gonzalez put in a career-high six goals in the team’s 14-6 win over #10 Pacific and added five more in the 12-10 loss to #4 Cal at the Barbara Kalbus Invitational.

Aria Fischer and Makenzie Fischer had four goals apiece, while Sarah Klass and Madison Stamen put up three each as #2 Stanford def. #21 Cal State Northridge 18-4. Makenzie Fischer tacked on a five-goal effort as the Cardinal topped #3 UCLA 10-4 on Saturday.

#9 UC Santa Barbara got four goals from Sarah Snyder in its’ 11-5 win over #25 San Diego State. Snyder also added a hat trick alongside Amanda Legaspi in the Gauchos’ 11-9 loss to #7 UC Irvine on Sunday.

Player of the Week: Irene Gonzalez, Hawaii – scored 13 goals as the Rainbow Wahine finished fifth at the Barbara Kalbus Invitational and went 4-1 on the week; notched seven assists and nine steals; posted a career-high six goals, two assists and two steals in a 14-6 win over #10 Pacific; accounted for five goals and an assists in a 12-10 loss to #4 Cal; added four steals and a goal in 13-5 win over #13 San Jose State; recorded three assists, three steals and a goal in a 13-7 win over #25 Azusa Pacific

Player of the Week: Carissa Perez, Brown – accounted for six goals, seven assists, two steals and two ejections drawn at the Marist Red Fox Invitational; notched three goals and three assists in a 12-4 win over Iona; credited with two assists and a goal each in wins over St. Francis Brooklyn (16-5) and George Washington (12-7).

Player of the Week: Brinnley Barthels, Pacific – scored a game-high four goals in the Tigers’ 13-11 win over #7 UC Irvine; added a goal and a key field block as Pacific upset #6 Michigan 12-9.

Offensive Player of the Week: Sarah Dolitsky, VMI – totaled 25 goals and four assists as VMI went 5-0 at the Macalester Invite; snapped the school record with eight goals in a 14-7 win over Macalester; added 13 steals on the week.

Defensive Player of the Week: Isabel French, VMI – made 63 saves at the Macalester Invitational; posted a 64.3 save percentage while starting all five of the team’s matches.

Player of the Week: Maud Megens, USC – scored six goals, including a hat trick in the Barbara Kalbus Invitational semifinals vs. #4 Cal (9-8) and two in the title match win over #2 Stanford (10-8)

Newcomer of the Week: Bayley Weber, USC – scored four goals as the Trojans won the Barbara Kalbus Invitational title; put in two scores in the semifinals vs. #4 Cal and one in the title victory over #2 Stanford;

Offensive Athlete of the Week: Kolby Kahahawai, Redlands – put in 17 goals as the Bulldogs went 4-1, tallying two or more scores in all five contests; registered seven goals in the team’s 13-10 win over Macalester

Defensive Athlete of the Week: Kelly Grosswendt, Redlands – Made 76 saves, tallying at least 13 in each contest as the Bulldogs went 4-1 on the week; totaled 19 saves in the 13-2 win over Carthage.

Player of the Week: Brianna Mullaley, McKendree – led the Bearcats to a 3-1 mark with 16 goals, 16 assists, four steals and four exclusions; notched a nine-goal effort in the team’s 21-6 win over Washington & Jefferson.