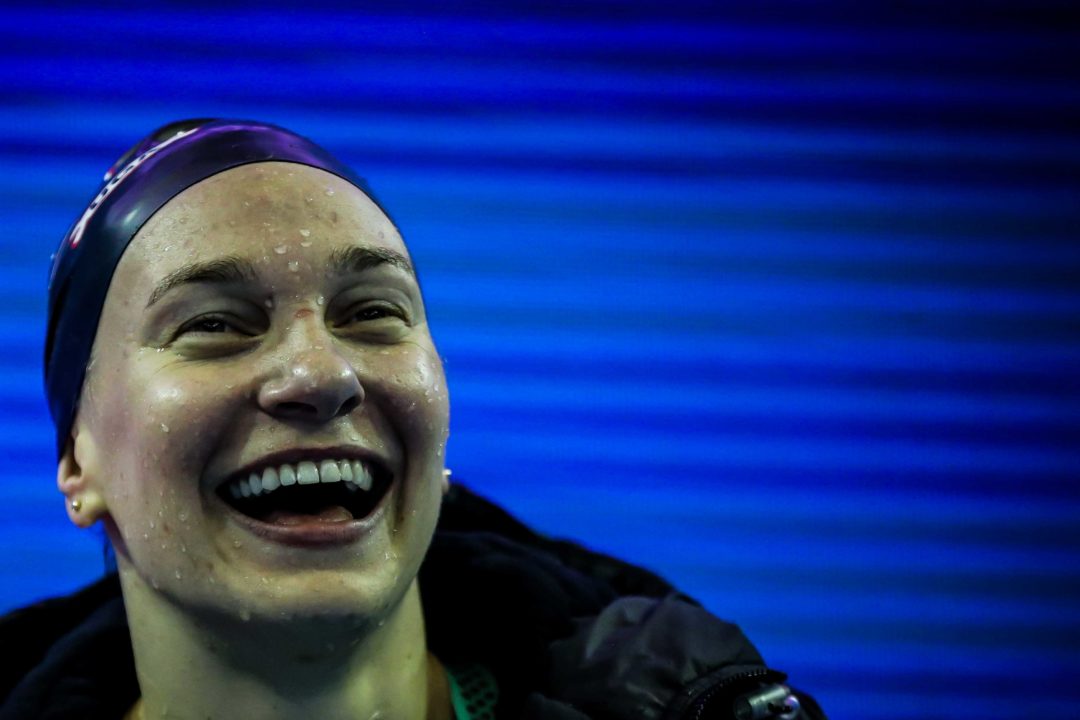 It's been an intriguing saga: Melanie Margalis and the 400 IM. The saga continued with a massive 4:32 in Des Moines, making Margalis the #4 American all-time. Archive photo via Jack Spitser/Spitser Photography

We’re going way back this week – to one of the greatest swimmers in history, who is credited with his first world record on this day in 1922.

It’s been an intriguing saga: Melanie Margalis and the 400 IM.

The former Georgia Bulldog and SEC 200 IM champ moved into the professional realm way back in 2014, promptly winning a national title in the 200-meter IM the summer after finishing her college career. She went on to make the 2016 Olympics in that event and remained one of the nation’s top 200 IMers.

But in the winter of 2017, Margalis had a breakthrough in the 400-yard IM, winning a Winter National title. She followed it up with a lifetime-best 4:37.43 in long course meters, winning the Austin Pro Swim Series and dropping time in the event for the first time since 2014. It’s also when Margalis notably told media she would compete in the race, but didn’t relish the idea of training specifically for the punishing 400 IM.

Four months and another personal-best later and Margalis joked that while her intentions remained the same, her coaches had pulled a classic coach move, subtly gearing the IM group’s training toward the longer distance. Now at 4:36.81, Margalis couldn’t argue with the results – though she still held on to sliver of hope to avoid the event come Nationals.

It wasn’t to be. Margalis crushed her best time with a 4:35.50 and qualified for Pan Pacs. At the top meet of the season for USA Swimming, Margalis won a silver medal as the top American finisher.

Margalis mostly focused back on the 200 IM for 2019, but ended the year by winning the U.S. Open title by seven tenths of a second.

That brings us to this week, when Margalis crushed a 4:32.53 to win the Des Moines Pro Swim Series. That’s a best time by three seconds and moves Margalis to #4 all-time among Americans:

It’s a tough event to train for and compete in. She has a chance at an Olympic medal and maybe the American record.

Melanie has a strong breaststroke, which is a big asset in swimming the 400 IM. And then she can bring it home in the freestyle.

Here’s an idea, how about we comment on swimmers’ accomplishments rather than on whether or not you find them attractive.

The ever-ebullient Melanie comes up with another breakthrough swim, but this one is bigger than ever. Congratulations!