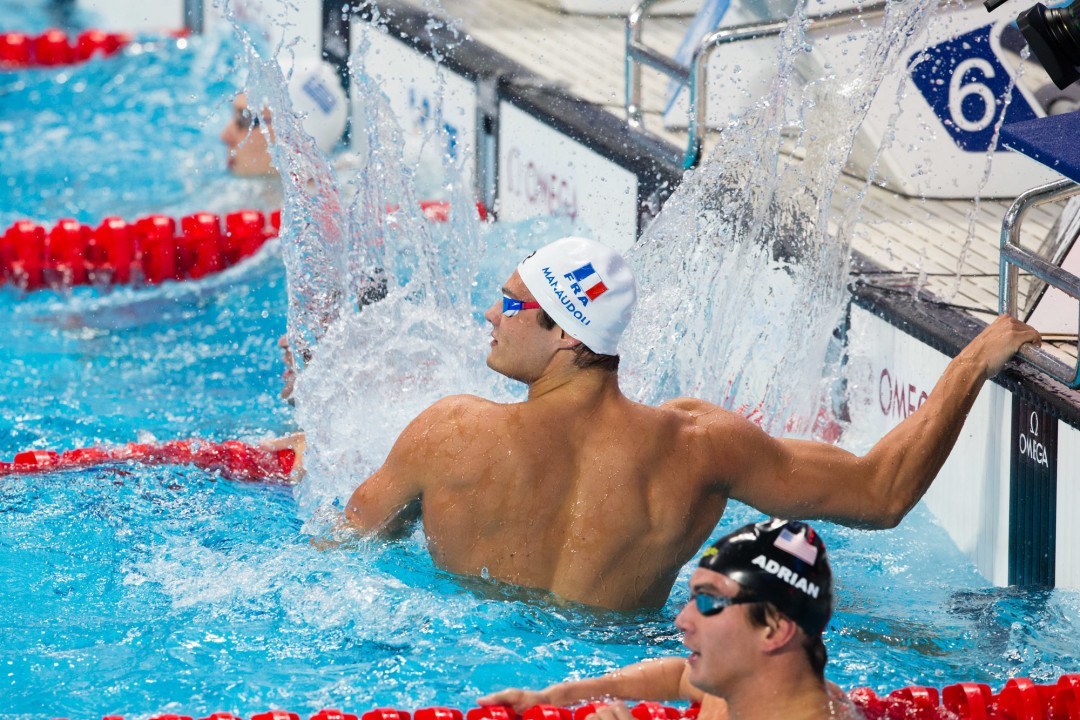 The FFN Golden Tour meeting slated for Marseille is still scheduled for this month for now, but it will be held behind closed doors. Archive photo via Tim Binning/TheSwimPictures.com

Amidst a myriad of other international swimming meets, both Olympic-qualifiers and non-Olympic-qualifiers, being cancelled due to the coronavirus (COVID-19) worldwide outbreak, FFN Golden Tour Camille Muffat organizers have announced that their upcoming event will stay the course, for now.

The FFN Golden Tour Camille Muffat stop in Marseille is coming up on March 20th – March 22nd and will proceed on schedule, but behind closed doors at this point. The meet is indeed an Olympic-qualifying opportunity for swimmers around the world if they’re still able to physically get to France.

“To date, following the prefectural orders and in order to prevent the spread of the covid-19 virus, the Meeting Open Mediterranean will take place in camera.

The French Junior Championships didn’t fare so well, however, as the event originally slated for March 26th – March 31st has been cancelled.

The French Swimming Federation (FFN) has said they are working through what this means for Junior swimmers in terms of their qualification for the French Championships, which are still on schedule for April 14th – April 18th.