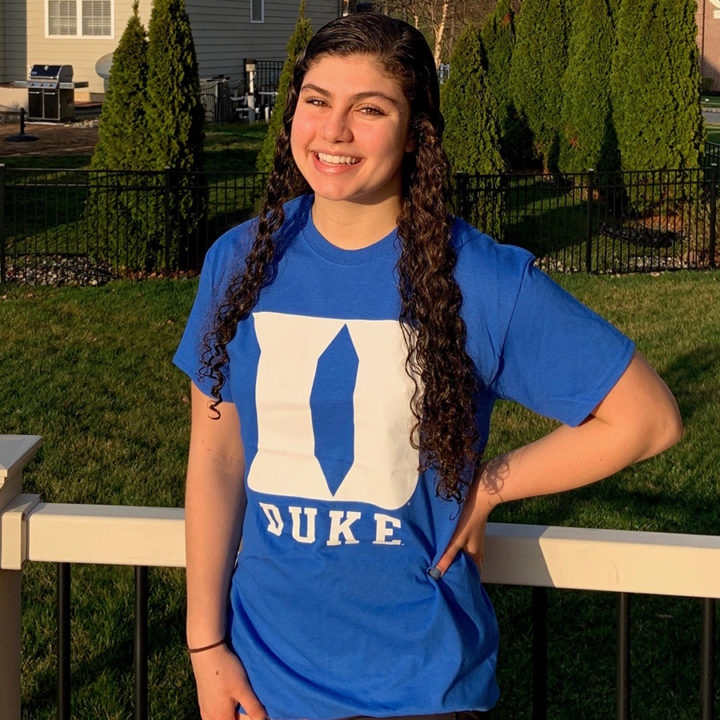 Ashley Chompre of Glen Mills, Pennsylvania has announced that she will be joining the Duke Blue Devils as a member of their class of 2024. The USA Swimming Scholastic All-American attends Wilmington Friends School where, during both her junior and senior seasons, she was honored as the Delaware Swimmer of the Year. She swims year-round with the Westtown Aquatics Club.

The Blue Devils finished 6th at the 2020 ACC Swimming and Diving Championships. Duke’s top returner in the 200 fly will be now junior Easop Lee, who won the B-final in a 1:57.65. In the 100 fly Duke will be graduating their top two finishers, Alyssa Marsh and Kylie Jordan, but will return C-finalist Sarah Snyder.

Chompre’s biggest impact may come in the 200 IM, where she would have held the second fastest time on the team last season. The event was the lowest scoring event for the Blue Devils, netting them only 5 points from Constance Dean‘s swim in the C-final.

Congratulations to Ashley! (Also, the first paragraph said she was in the class of 2025, but she is actually 2024 according to the rest of the article.)