Defending Champs Do It Again in New York 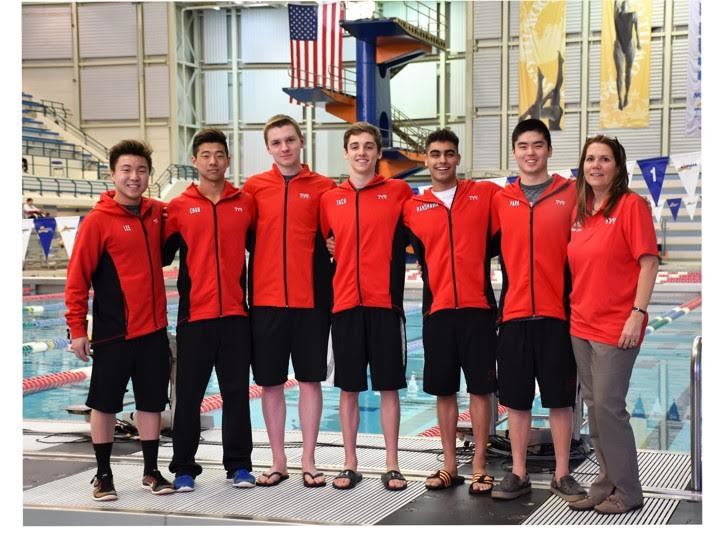 The meet kicked off with the 200 medley relay of St. Anthony’s breaking the public school state record and the pool record of 1:33.32 just out-touching Half Hollow Hills by .1.

Tyler Hill, a Senior at Horace Greeley finished first in the 100 freestyle with the time of 44.53, dropping over a second from his preliminary time and missing the state record by less than half a second. Hill defended his state title in the 100 backstroke with the time of 49.01 an automatic all american time, again dropping over 2 seconds from his preliminary time and lowering his section 1 record.

The Half Hallow Hills senior, Alex Park, won his first state title in the 200 medley as a sophomore in 2015.  He followed it with another state title last season.  This past weekend, he marked his career winning a third straight title in the 200 IM  with the time of 1:50.28, becoming one of the most decorated swimmers in Long Island. After the excitement from the race, all Park celebrated with was a fist pump as he got out of the pool.

Half Hallow Hills swam to a a second consecutive state title in the 200 free relay with the team of Daniel Lee, Ethan Tack, Dylan Chan, and Alex Park winning with the time of 1:25.27, just out-touching Long Beach by .03.

As Fordham Prep stepped up to the block to defend their state title, they swam the 400 free relay with the time of 3:06.14,  breaking the public school state record and securing themselves another state championship title .

Patrick Carter, a senior at West Islip began learning the fundamentals at The Nassau Aquatic Center. He started learning basic skills and now he is one of the most decorative divers in Long Island. This past weekend Carter dove to his second straight state title with the score of 580.05.  Carter will be continuing his diving career next fall at the Naval Academy.

The winner of the 50 free anchored his relay in 19.4. That was insane to watch

Check out Andrew Babyak- 500 Free!!! Best swim of the meet and he totally dominated it!!! Also, congrats to Jason Louser 100 Breast champ and a silver in the 200 IM! Both 500 free and 100 Breast Swims are Automatic All-American!