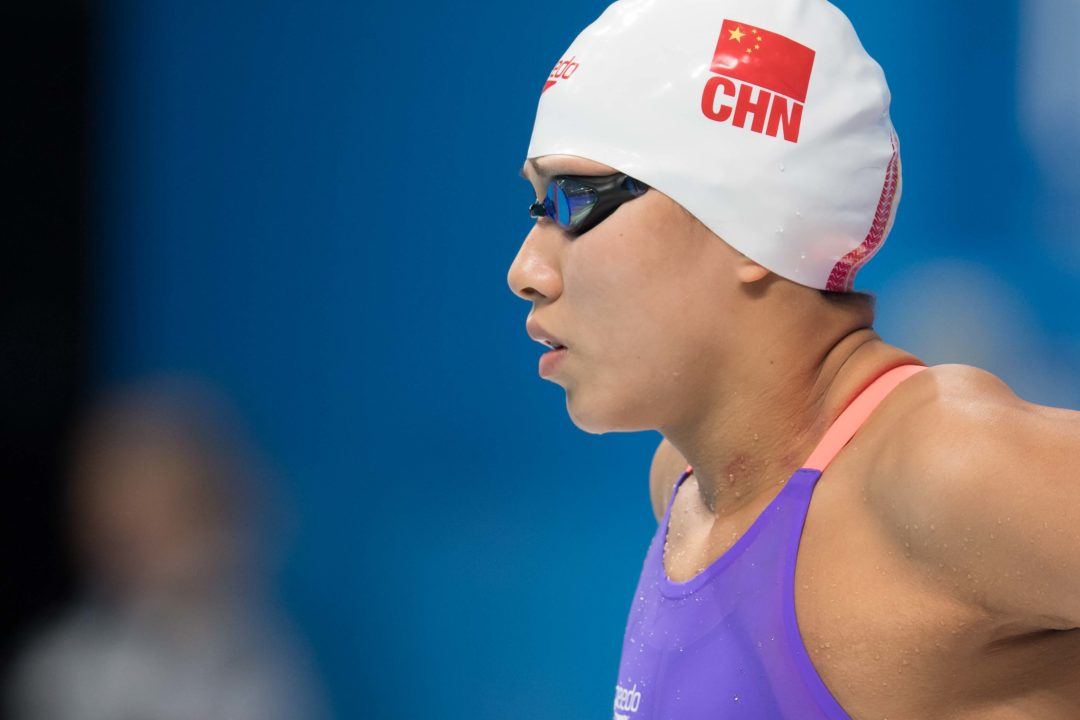 While competing on day 3 of the 2019 CISM Military World Games, China broke its national record en route to gold in the mixed 4x100m freestyle relay event.

Entering this meet in Wuhan, China, the fastest mixed 4x100m free relay for the nation was represented by the collective time of 3:26.94 clocked at the 2015 World Championships in Kazan, Russia. There, the combination of Yu Hexin, Li Yongqing, Qin Yuhan and Tang Yuting combined to notch the national standard in the first edition of the World Championships in which the relay took place.

Flash forward to tonight, however, and the combination of Ji Xinjie, He Junyi, Zhu Menghui and Yang Junxuan got it done for China in 3:26.04, dropping .90 off of the aforementioned national record from 2015 to take the Military World Games medal. Their time also overtook the previous meet record mark of 3:26.09 put on the books by Brazil 2 years ago.

Spits between China’s previous and new national record in this mixed 4x100m free relay are as follows:

Grinev capable of swimming at this stage of the season 47.78 in the lead-off and 47.86 in today’s 100 free final (followed by a 47.50 come from behind winning split in the men’s medley relay) is remarkable for a swimmer who, in August, was bronze in the Worlds final in 47.82.
I think that in 2020 Grinev will have other improvements after those, amazing, he had in the last season.