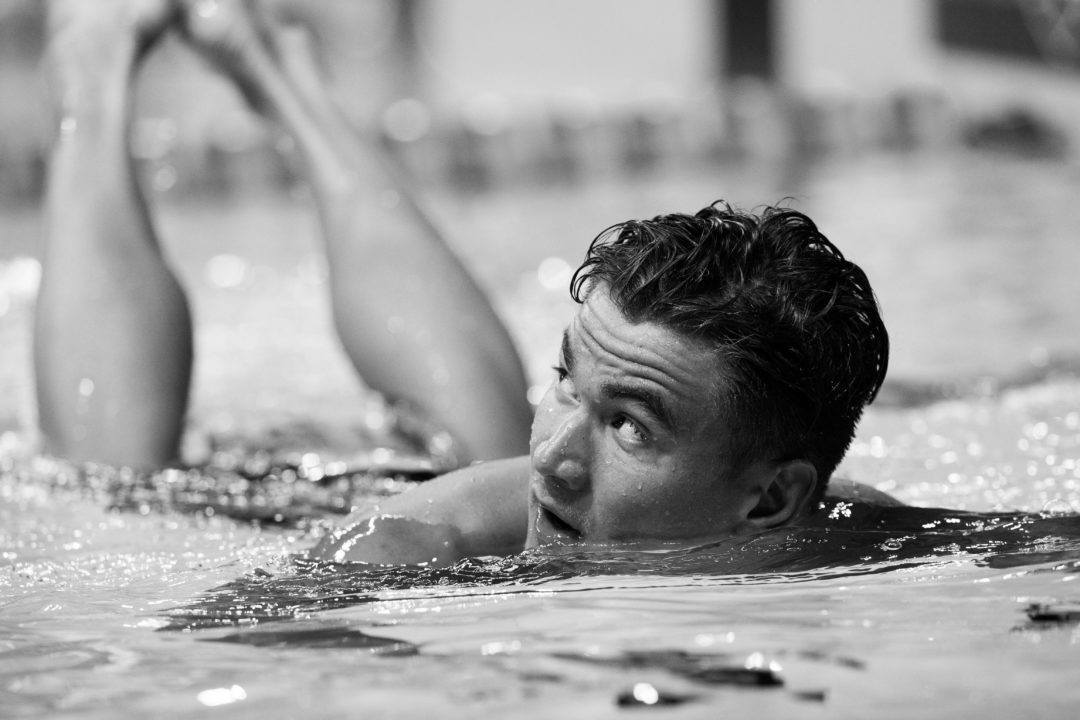 Preliminary heats on day four will feature four events, with three of those coming on the men’s side.

The first event will be the men’s 100 free, an event loaded with talent. We got a glimpse of what kind of form a lot of the main contenders are on here in Rio during the men’s 4×100 free relay on Sunday night, sparking speculation about what they’ll do in the individual race.

The first of the circle seeded heats, heat 6, features China’s Ning Zetao, Russia’s Vladimir Morozov and Canada’s Santo Condorelli. Morozov had a solid split on the 400 free relay of 47.31, while Condorelli was over half a second off his best time leading off in 48.51. He’ll look to regain his form here in the prelims. Zetao on the other hand was on China’s prelim relay, but they were disqualified. Brazil’s Marcelo Chierighini and Singapore’s Joseph Schooling will also swim in heat 6.

In heat 7 we’ll see some of the top relay performers from Sunday, including Americans Nathan Adrian and Caeleb Dressel, France’s Jérémy Stravius and Australia’s Kyle Chalmers. Adrian and Stravius battled it out on the anchor leg, with Adrian escaping victorious with a 46.97 leg, the top in the field. Stravius had the third fastest leg of anyone, going 47.11. Chalmers had the top split of the prelims in 47.04, and Dressel had the second fastest lead-off leg of 48.10. Also in this heat will be Canada’s Yuri Kisil, who had back-t0-back sub-48 second legs on the relay making him an outside threat to final.

Cameron McEvoy headlines the final heat, as he comes in with the fastest time in the world at 47.04. Compared to that, his relay leg wasn’t great at 47.00, but he did have a slow takeover. The next two seeds in this heat, Luca Dotto and Clément Mignon, were absent from the 400 free relay final. Dotto led off his prelim team in 48.51, but they ultimately finished 9th and barely missed the final. Mignon led off the French in 48.59, and was replaced on the finals relay.

The lone women’s event this morning will be the 200 fly, a wide open event with just four preliminary heats. Australian Madeline Groves comes in as the top seed at 2:05.41, but she’ll have plenty of people to watch out for. Heat 3 will feature Hungary’s Katinka Hosszu who has already won two gold medals in Rio, 2015 World Championship gold and silver medalists Natsumi Hoshi of Japan and Cammile Adams of the United States.

The third and final individual event of the session will be the men’s 200 breaststroke, which will be the Olympic debut of world #1 Josh Prenot. Prenot swam the 2nd-fastest 200 breast ever to win the US Trials in early July, missing the world record by 0.16. He’ll swim alongside teammate Kevin Cordes, last years World Championship silver medallist, who is coming off a 4th place finish in the 100 breaststroke on Sunday.

Others to watch out for this morning are Yasuhiro Koseki of Japan and Daniel Gyurta of Hungary in heat 3, and Marco Koch of Germany in heat 4. Gyurta is the defending Olympic champion, Koch was last years world champion, and Koseki is the third overall seed at a time of 2:07.77.

Also watch for 100 breast silver medallist Cameron van der Burgh, swimming in heat 3, as he competes in the 200m distance for the first time on the major international stage.

The final event of the morning will be the men’s 4×200 free relay, as we launch back into the relay craziness after a day off yesterday.

The Americans headline heat 1 along with 2016 European champions the Netherlands and 2012 Olympic silver medalists France. The second heat will factor in 2015 World Champions Great Britain, the Australians, and 2016 European runner-ups Belgium.

Full relay lineups will be posted once they are released, usually about an hour prior to the session.

Any info on what Ning Zetao split on the Chinese relay that was DQ.

Ugh I have to be on a Conference Call when the prelims start today. #firstworldswimmingproblems

van der Burgh competed in the 200 in Kazan, unless you don’t consider that a major international stage.