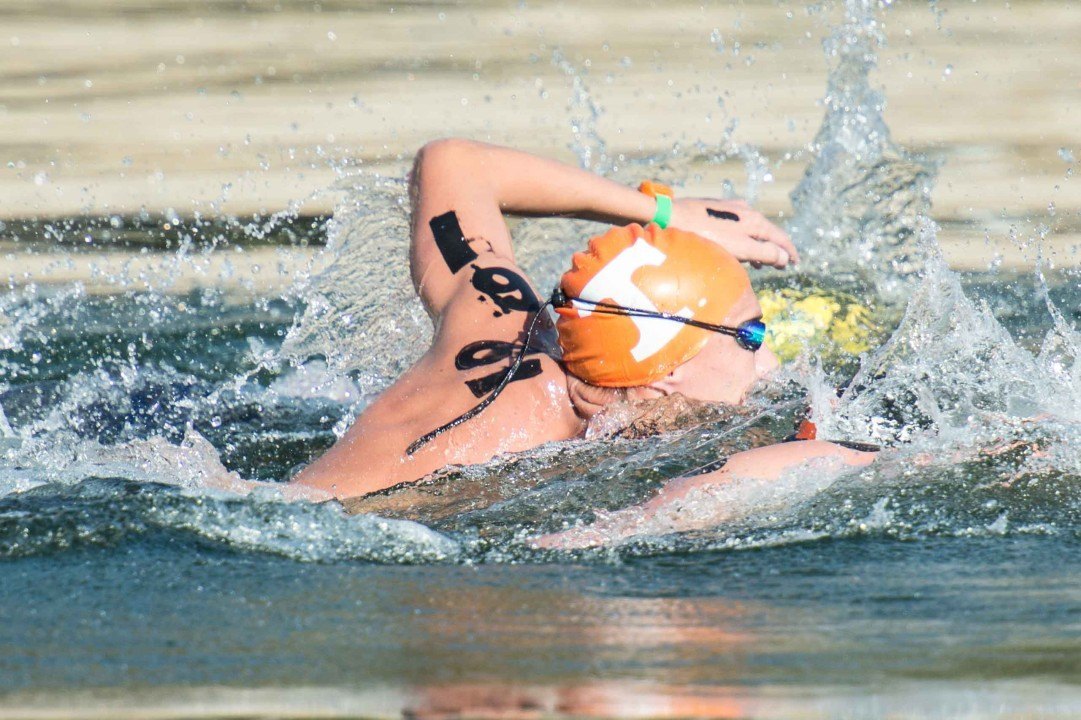 The men’s 5K was the sixth and final race of the open water national weekend in Castaic Lake, California, and just like the women’s race, it was another tight sprint to the line.

David Heron from the University of Tennessee swam at the front the entire race, ultimately winning a photo finish with 2012 Olympian Andrew Gemmell.

They were side-by-side coming down the final straightaway, with Heron out-touching the Nation’s Capital swimmer by three tenths, 57:25.75 to 57:26.08.

Check out the finish via USA Swimming below:

Heron, who competed at the 2015 World Championships in Kazan, has booked his ticket to Budapest this summer after the win. In Kazan he placed 6th in the 5K and 10th in the 25K. This is his second 5K national title after winning back in 2012. Gemmell qualifies for the fourth World Championship team of his career and first since 2013.

The British duo of Caleb Hughes and Toby Robinson took 3rd and 4th overall two seconds behind Gemmell, and Canada’s Eric Hedlin was just behind them for 5th.

Notably, Friday’s 10K winner Jordan Wilimovsky was a DNS in the race, as was Great Britain’s Jack Burnell who was DQed in the 10K. Friday’s runner-up Brendan Casey placed 13th.