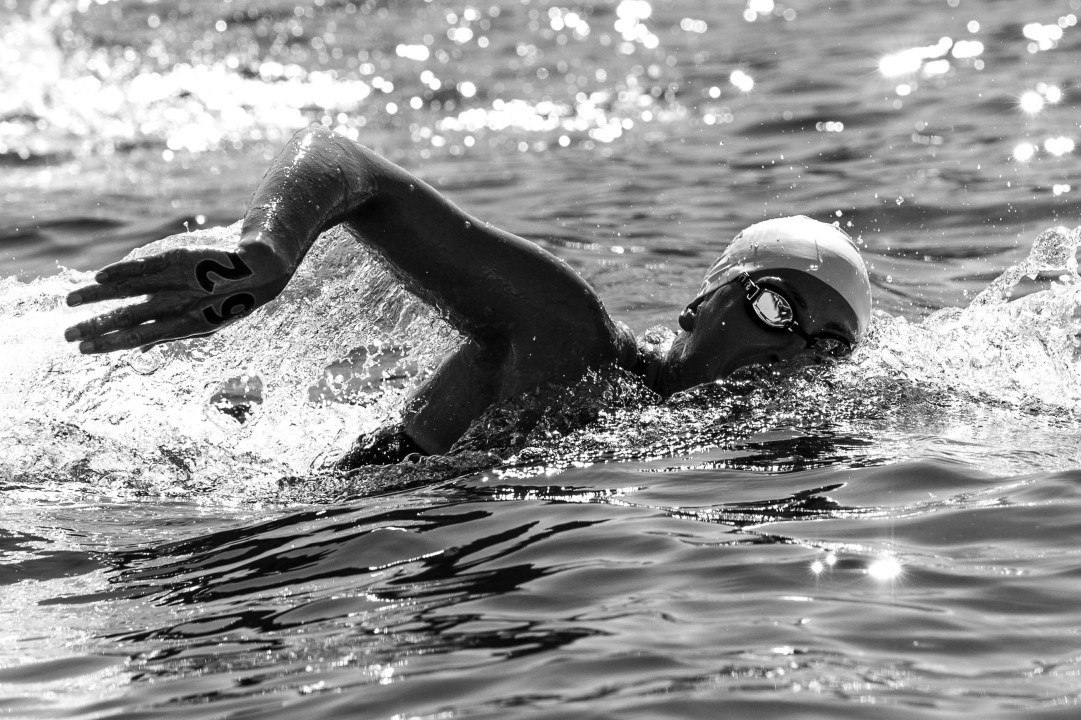 The women’s 5K opened the third and final day of the 2017 Open Water Nationals in Castaic Lake this morning, with two-time Olympian Haley Anderson of the Trojan Swim Club earning the win in a time of 1:01:52.23.

It was a closely contested race throughout, with three Americans and three Italians at the head of the race most of the way. It was the first pack finish we’ve had this weekend after the 10K and 5K Junior National winners all broke away from the field and coasted to victory.

Coming into the final straight-away Anderson opened up a bit of lead and held it through to the finish, with Italy’s Rachele Bruni sprinting her way past countrywoman Arianna Bridi for 2nd in 1:01:53.80. Bridi took 3rd in 1:01:55.06, and 10K winner Ashley Twichell of North Carolina Aquatic Club was right there for 4th in 1:01:55.87.

Check out the finish below:

Anderson adds this to her Worlds schedule after already qualifying Friday in the 10K with her runner-up finish. She’ll look to win her third consecutive 5K World title after winning gold in both 2013 and 2015. Twichell, though finishing 4th, was the #2 American and adds the 5K to her schedule this summer as well.

Becca Mann, also representing the Trojan Swim Club, had another close miss as the 3rd American finisher after the same result in the 10K. She was about 1.5 seconds behind Twichell for 5th overall in 1:01:57.36. Despite finishing 3rd in both races, she has tweeted that she’s heading to Budapest for the 25K race.

Check out today’s top ten below:

Look at the full results here.

Check out the full video stream from the race below, via USA Swimming on youtube.

Mann 25K at Worlds?
I do think racing 10K at WUGs will be a better suit, any chance she can do both?