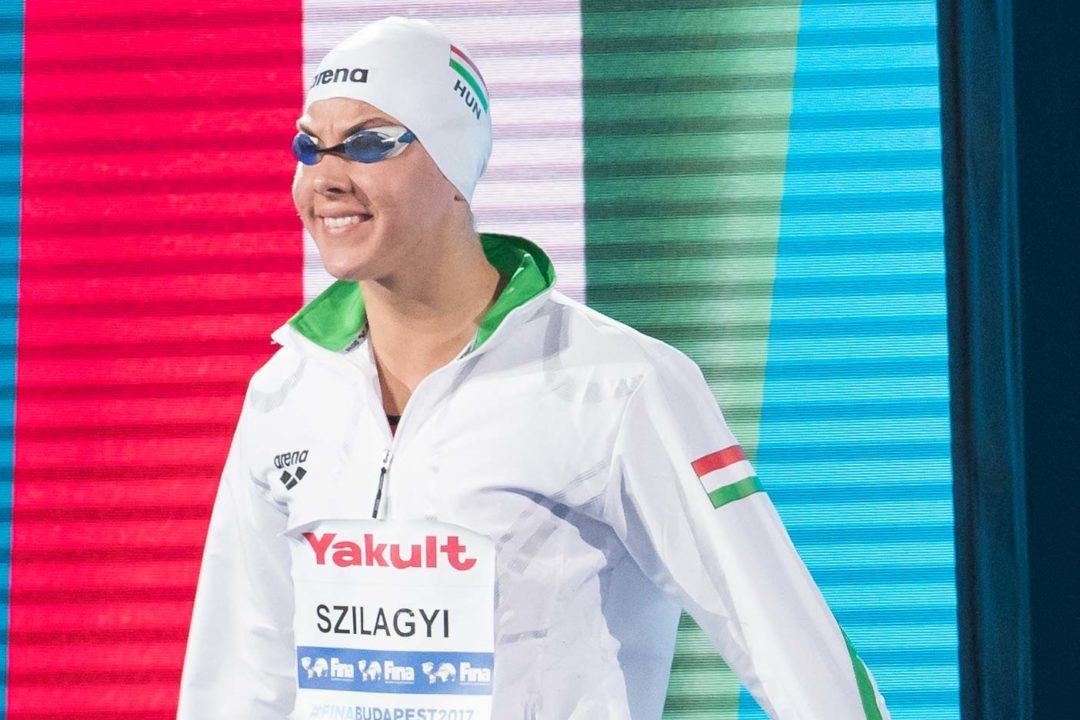 Foldhazi is a Hungarian record-holder, while Szilagyi was a semifinalist in both butterfly events at the 2016 Rio Olympics. Archive photo via Mike Lewis/Ola Vista Photography

Foldhazi is a backstroker/IMer who holds Hungarian records in SCM in the 100 IM and as the backstroke leg of the 4×50 medley and 4×100 medley relays.

Foldhazi’s announcement was posted to Shane Tusup‘s YouTube channel, where he has been documenting the training of Italian record-holder Ilaria Cusinato and Hungarian 15-year-old Zsombor Bujdoso since they came together in August. Foldhazi, 24, has trained with Tusup (and Katinka Hosszu) for two separate stints.

Despite joining the University of Florida roster in 2017 and training in Gainesville for some time, Szilagyi never raced for the Gators and eventually moved back to Europe. Reports from Hungarian media over the last day or so have purported that Szilagyi, too, will join Team Darkhorse.

Have not followed this, where is Shane hosting hs training group (what city)?

THE CENTER OF ITALY!

Excellent coaching choice. Having a male coach wear yoga pants, scream profanities and say he would rather be doing other things is the key to succes

I’d add the tattoos regarding his ex (who’s his athlete biggest rival at the moment)…
Man that’s better than Netflix!

Never knew what type of pants you wear effects your coaching ability. “Scream profanities”? Are you serious? Keep on living in la la land.