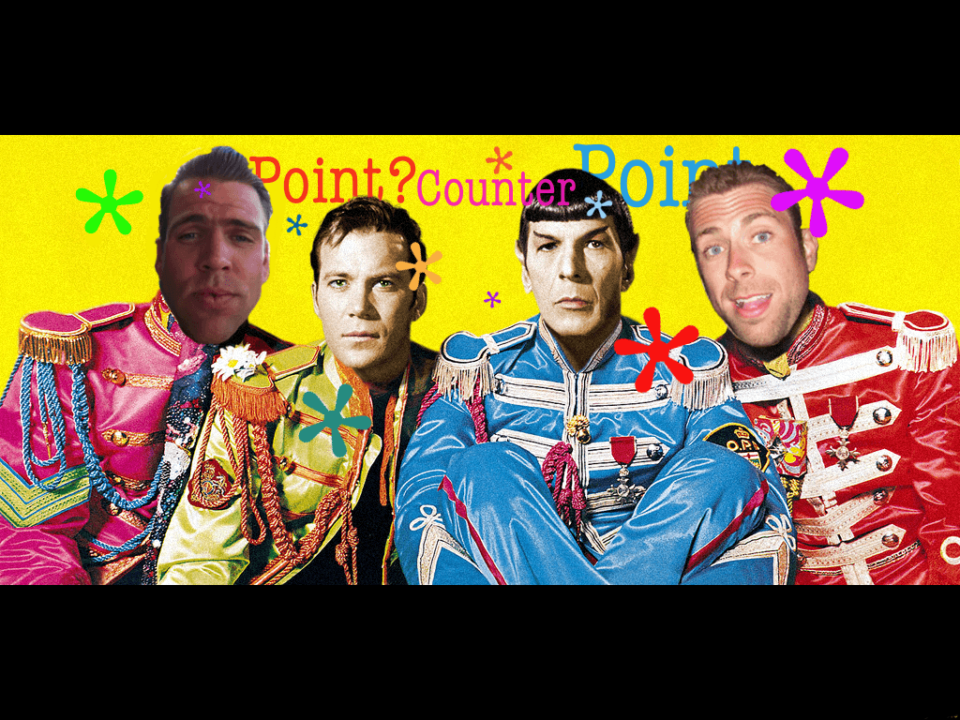 David: Do you ever feel like we’re missing the big picture? Gary: With you, anything is possible. David: I just...

David: Do you ever feel like we’re missing the big picture?

Gary: With you, anything is possible.

David: I just feel like we could do better, that there exists a missing ingredient to our column that could turn broth into delicious soup.

Gary: Something for our readers to slurp on? I think I’ve got just the thing.

David: I’m serious man.  I get that nobody reads our column. Trust me. Meltold me. He tells me.  But that’s not it; you and I could actually offer some insightful writing about what’s going on in Omaha. Yet, we just say asinine things every week. It’s frustrating.

But for once, I think I understand what you’re saying. And I’d just like to add that I too am frustrated, for entirely different reasons.

David (frustrated): It just feels like we could be writing about something important in the world of swimming, something that swimmers would be interested in. Something meaningful and poetic that captures the thrill, grace and excitement of the sport.

Gary: Blah. Blah. Blah. All I really care about is revealing to the world what an idiot you are.

For me, irreverence helps to keep seemingly important things in perspective. I’m unable to take myself seriously, or you seriously, because of the absurdity of many aspects of life, from our beliefs, behaviors and rituals to maybe even our existence itself.

In the end, we’re all idiots. Why not celebrate that by glorifying absurdity? I hate people who take themselves too seriously, or think that they’ve got it all figured out. Because they don’t. And they won’t.

Undeniably, some pursuits in life are more noble than others. Swimming, for instance; one need not qualify for the Olympic Games to enjoy the benefits of the sport. We all know that, but it seems to get lost at this time of the quadrennial cycle. I won’t go into the volumes of reasons why swimming is a grand way to spend our time on the spinning marble. However, those reasons get masked by NBC marketing in an Olympic year. Advertisers sell the “dream” really, really well. Yes, the Olympics are a noble pursuit, in a word “cool”, and help sell a lot of whatever Proctor and Gamble manufactures, but it’s not the reason swimmers swim. At least it shouldn’t be.

KatieHoff (among others) is a great swimmer because she is a great person. Her success in the sport is a byproduct of her great characteristics. It’s arguable that every person that reaches the Olympic Trials has done so because of their great character. That character means so much more than the Olympic Games themselves. In fact, the Olympic Games are built upon the broad shoulders of those redeeming character traits and wouldn’t exist, or at least be popular, without the masses of champions that swimming (and sport in general) produces.

Olympic Trials are a scary time for all participants. The meet represents a looming transition for all swimmers at some point. The athletes don’t know this truth that their character will see them through the transition and next pursuit just as easily as it saw them through a lot of ridiculously tough IM sets. They just see the unknown. It’s natural to be scared of the unknown and cling desperately that which is familiar. However, at some Trials meet, sometime, we all must boldly go…

Gary: …In an Olympic year, and particularly at Olympic Trials, athletes lose perspective. Irreverence, a sequined cape and absurdity are my personal approach to reinstating proper perspective. The warm down pool at Trials is the well of tears. So many are reeling in the dire anguish over the “failure” of not making the Olympic team, and fulfilling the adopted NBC dream. That is absurd.

The Olympic Trials are a celebration of great character. In times of disappointment and transition perspective is the key.

David: Thank you. Finally something I can showMike Gustafson (in case you missed one of his many great ones this week) and be proud of.

I have a question for you guys.

Some folks are saying that the times were slow at the Trials because the pool is slow. I have not heard anyone complain about the pool and that includes swimmers and coaches.

What do you guys think?

Top 5 Reasons Why I Love Dave and Gary:
5. The Korean swimmer interview.
4. Because Dave once gave me his favorite brew from Montana.
3. Because Gary is the best interview in swimming.
2. When you guys interviewed Alex Meyer…. without Alex Meyer.
1. Because swimming needs more XOXOs.

Keep up the great work, and what’s up with this weirdly political music video you guys made? http://www.youtube.com/watch?v=CskDRp7z-vY