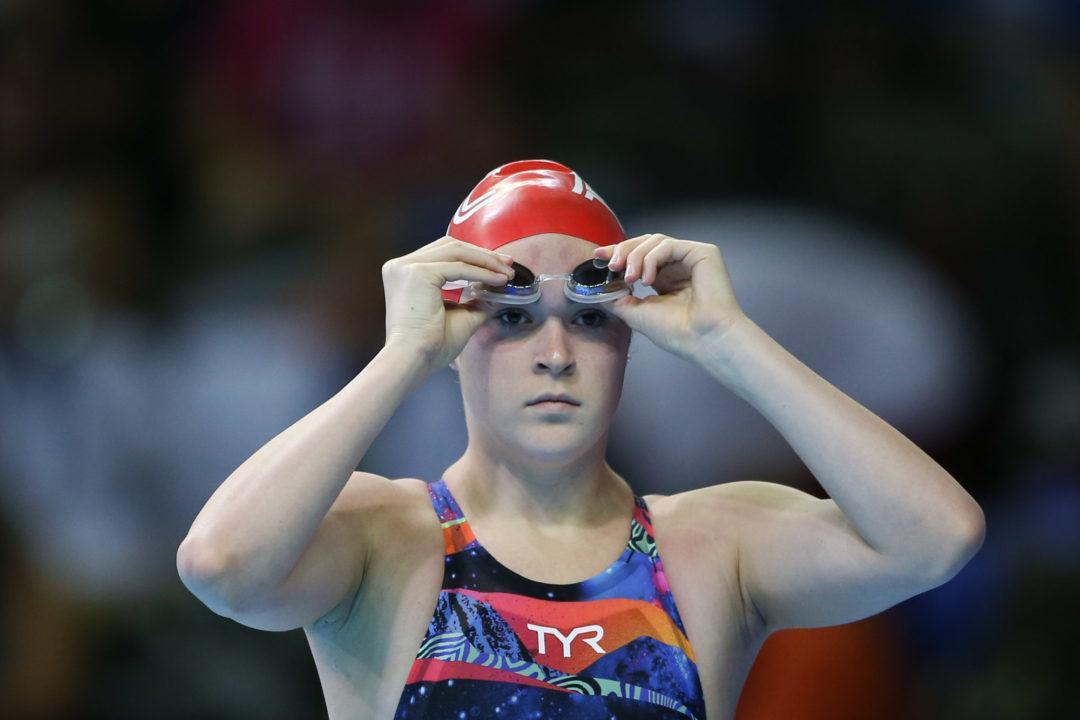 Dakota Luther smashed her personal best for a big win tonight in Austin in the 200 fly. Archive photo via Tim Binning/TheSwimPictures.com

At the 2016 U.S. Olympic Trials last week in Omaha, Dakota Luther looked to have swam fast enough in the 200 fly prelims to make it into the semifinals on the heels of a Cammile Adams disqualification. Her 2:12.60 was just hundredths off of her best time. Adams’ DQ was overturned, however, and after minutes of probable excitement and anticipation, Luther learned that she would be the first alternate for semifinals instead. Nobody scratched.

Tonight, Luther packed a punch with a big new best time of 2:11.62, just days after the conclusion of the Olympic Trials. Swimming with the Austin Swim Club, the 16-year-old took nearly a full second off of her lifetime best, won the event by over four seconds, and vaulted herself up the 15-16 age group all-time rankings. She now sits at #28, right behind incoming University of Texas freshman Lauren Case (2:11.60).

I wouldn’t say “no doubt”. 🙂
Looks like you forget Miss McLaughlin.
And hopefully for USA a new special talent arrives before 2020 too.

There is a new sheriff in Austin amongst the club teams.

Way to go Dakota! Dakota is a very dedicated young swimmer with a lot of passion for the sport!