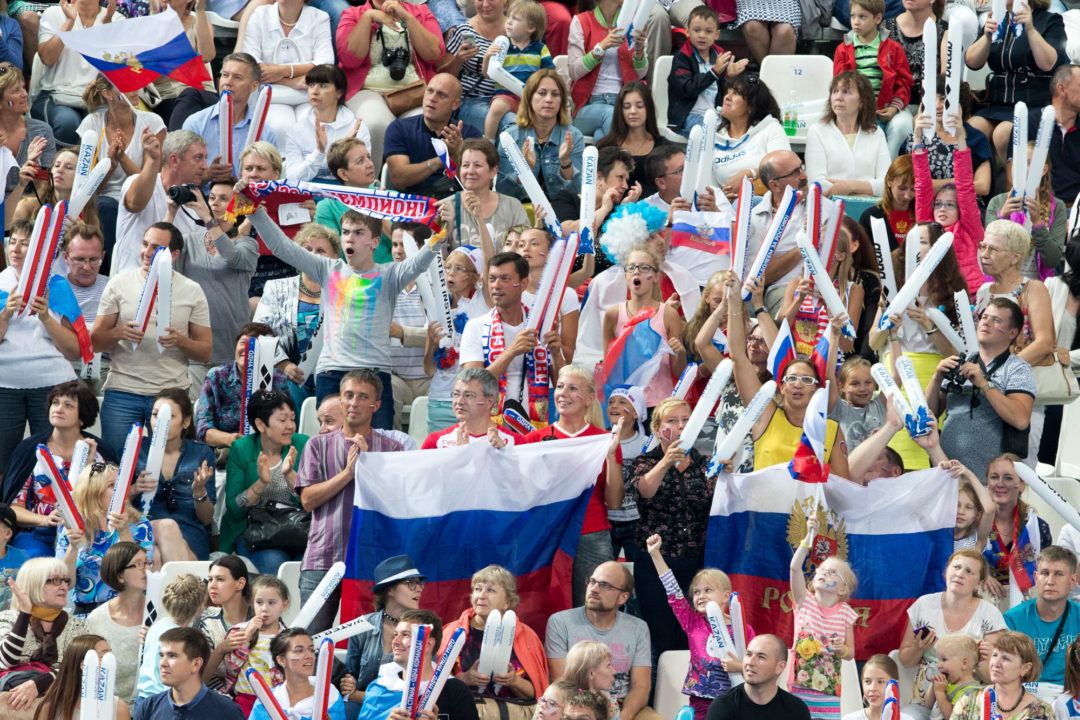 The Daily Mail is reporting that the IOC will announced tomorrow a ban of the Russian Federation from the 2016 Olympics, with possible exceptions for certain athletes who have met a higher testing standard. Archive photo via Tim Binning/TheSwimPictures.com

Update: The IOC has not barred the Russian Federation from the Olympic Games, but has put very stringent restrictions upon their participation.

It’s tough, though. What percentage of Russian athletes can we assume were a part of this? If it’s 100%, sure, git ’em out. But the farther down that number goes, the bigger bummer this is.

It does not matter which part of the athletes participated. It is a country-sponsored doping. State policy. Special services involved.

It’s going to be interesting to see which athletes are approved to compete under the Olympic flag. I hope Morozov is one of the ones allowed to compete, I was looking forward to seeing how he’d do in Rio

From what I read by the athletes themselves in Russia ie captains of some of the premier sports the answer is no.

so sad that a countries leader has so little confidence in his countries athletes that he thinks they need to cheat to win.. they really don’t Mr. Putin

No Soviet leader ever had confidence in his people.

“The Daily Male is saying…” – autocorrect at work I presume