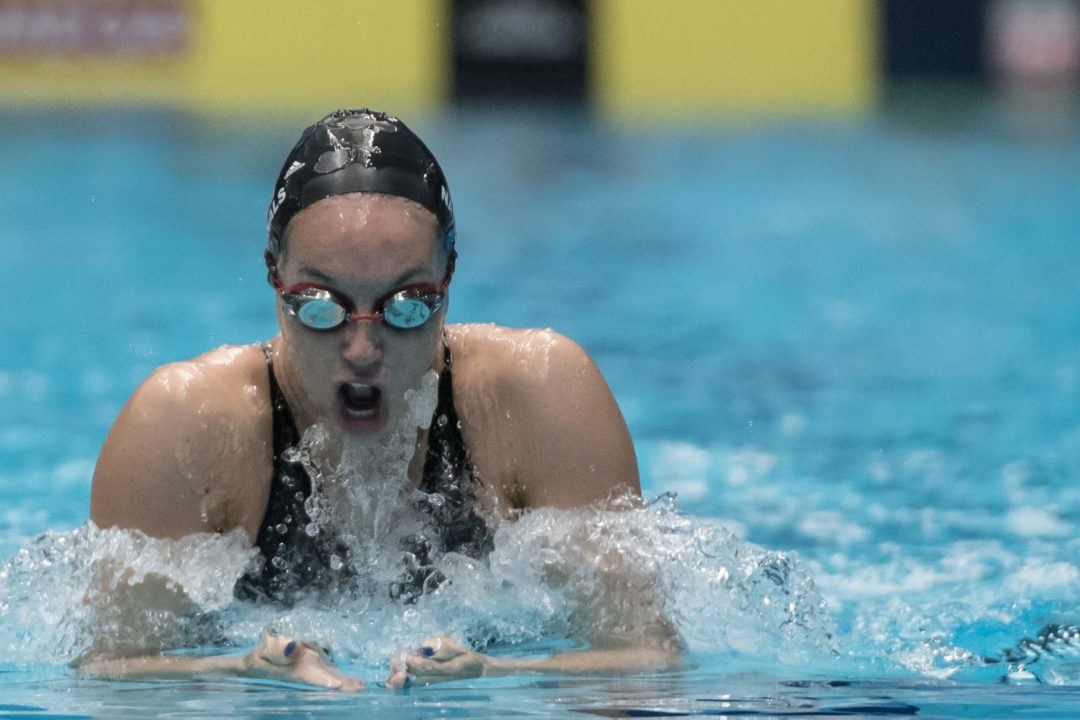 Texas commit Julia Cook won her 4th race of the meet and lost only to an Olympian in the 50 free, just missing a 5th title, on the final day of the 2018 College Station Sectional Championships.

In that 50 free, though, she lost to Texas A&M senior and French Olympian Beryl Gastaldello, who swam a 22.03. After missing the SEC Championship meet for undisclosed reasons, Gastaldello, who was already qualified for the NCAA Championships, has shown to be in at least a solid form at this weekend’s meet.

Two of the men’s stars of the meet added more wins. Tigershark Swim Team member Noah Henry won the boys’ 100 back in 46.82, which nearly-matched the 46.80 he swam in the 100 fly on Saturday. He finished with 3 total wins, all in lifetime bests, this weekend.

That has to be an error. That was probably the 200 free.

Yeah I agree. Those times are all under the NCAA invite times. Impressive.