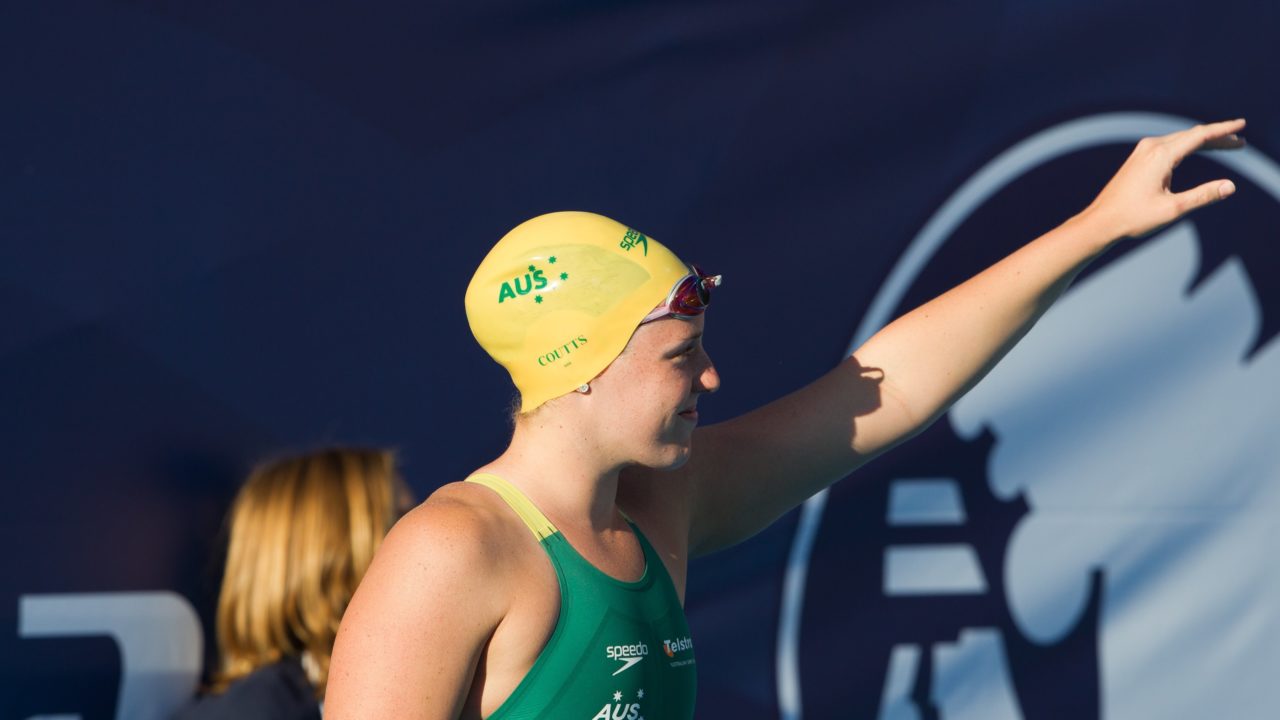 Reigning games champion Fran Halsall of England is going into the event with the fastest time in the Commonwealth, a 25.83, that she posted at the British Gas National Championships in April. Halsall recorded her lifetime best of 25.69 at the World Championships last summer where she finished fourth. She has had a strong season in both the 50 butterfly and 50 freestyle, which should give her confidence going into Glasgow.

Arianna Vanderpool-Wallace of the Bahamas is going into Glasgow with the second fastest time in the Commonwealth having posted a 26.00 in Canet in June. She has had her best year of racing since the 2012 Olympic Games and with her speed could be a very big factor in this event. The technical differences between the 50 and the 100 butterfly may also benefit Vanderpool-Wallace as she will only have the shorter event to contend with.

Australian Alicia Coutts, who has stated that this will be the final Commonwealth Games appearance of her career, would love to add a few more gold to the five she collected in Delhi in 2010. The 50 butterfly is one of three individual events that she will be swimming in Glasgow. Coutts’ season’s best is a 26.35 which she posted earlier this year at the BHP Billiton Super Series and enters the competition with a lifetime best of 25.78 that she recorded last year at the Australian Championships. For all the success she has had on the international stage Coutts does not have a lot of experience swimming the 50 butterfly at that level and last year did not make the semi-finals at the World Championships.

Siobhan-Marie O’Connor of England has had an incredible 2014 season and is coming into the games with a season and lifetime best of 26.45.O’Connor has improved on her 50 time by close to half a second over the last year. She will be a gold medal contender in the 200 IM, but may be a medal threat in this event.

Canadian Katerine Savard had a breakout season in 2013 where she collected a gold and silver at the Universiade as well as setting national records in both events. Savard enters the games with a season’s best of 26.56 and a lifetime best of 26.05, which she posted last summer in Kazan.

We’re also watching here for the triumphant return of Singapore’s Tao Li, a former Olympic finalist in the 100 fly. She’s now training at Bolles. She’s probably going to be a touch more focused on the Asian Games, and is also becoming a very good backstroker, but a top 6 finish for her would be a good stepping-stone toward Incheon.

There’s a few other swimmers who, if they choose to swim this event, could have an impact. Amy Smith, or Brittany Elmslie, or a few others could medal if they swim it, but it’s hard to predict entries for these 50’s.

Canadian Katerine Savard enters the games with the top ranked time in the Commonwealth of 57.27. After wonderful success in the event in 2013, winning the gold at the Universiade in Kazan and setting the Canadian national record in Barcelona, Savard once again broke the national record at the Canadian Trials. It was in this event at the 2010 Commonwealth Games that Savard qualified for her first final on the international stage.

Alicia Coutts will be entering the games looking to repeat the success she had in the event in 2010 in Delhi where she collected the gold. Coutts comes in with the fastest lifetime best by far, a 56.85, which she posted in London en route to winning Olympic bronze. She also grabbed the silver at the World Championships last summer. Coutts enters the meet with a season’s best of 57.60.

Coutts’ Australian teammates Ellen Gandy and Emma McKeon had a magnificent battle in the women’s 100 butterfly at the Australian Championships. Ultimately Gandy out touched McKeon by one one-hundredth of a second to take the silver in a time of 57.98 while McKeon collected the bronze in a time of 57.99.

Gandy has had a great deal of experience on the international stage. At the 2010 games she represented England and finished second to Coutts in the event. She also finished in the top eight at both the 2011 World Championships and London Olympics. Her best time entering the event is a 57.25 which she posted at the British National Championships in 2012.

The 20 year old McKeon has seen phenomenal improvement in this event in 2014 entering the season with a lifetime best of 59.72, improving by almost a full two seconds. Although McKeon did come home from Barcelona with two silver medals (4 x 100 and 4 x 200 freestyle relays) this will be the first time that she has competed in an individual event at a major games.

Welsh athlete Jemma Lowe has plenty of international experience competing in her first Commonwealth Games in 2006. In 2010 Lowe finished behind Coutts and Gandy collecting the bronze in Delhi. She comes into the competition with a season’s best of 58.13 and a lifetime best of 57.43 ,which she posted in 2011 and since that time has not swum faster than a 58.02.

At the British Gas National Championships the race between English swimmers Siobhan-Marie O’Connor and Rachael Kelly was almost as close as the one between Gandy and McKeon. In this case Kelly out touched O’Connor by two one-hundredths of a second to win the event in a time of 58.40 while O’Connor finished second in a time of 58.42.

O’Connor has made incredible improvement in the event over the last year improving her lifetime best of 59.63 entering the season to a 58.34 which she posted in the semi-final of the British Championships.

Gandy, who had an off day at the Australian Championships, has posted a season’s best of 2:07.06 at the Victorian Championships in January. She comes in with a lifetime best of 205.90 which she recorded in 2011. Gandy was the silver medalist in this event at the 2011 World Championships and the bronze medalist at the 2010 Commonwealth Games in Delhi.

Katerine Savard comes into the competition with the third fastest time in the Commonwealth, having posted a lifetime best time of 2:07.61 at the Canadian Trials. Savard has had strong performances in this event over the last two years, but Savard struggled mightily in the final half of the race when she got the chance to prove herself on the international stage at last summer’s Universiade in Kazan.

Aimee Willmott of England has had ample experience on the international stage, but primarily as an individual medley competitor. Willmott has made a tremendous amount of improvement in the 200 butterfly this season coming into the games with a season’s and lifetime best of 2:07.97. She entered the season with a lifetime best of 2:10.30.

Canadian Audrey Lacroix has been representing her nation on the international stage since 2003 when she competed in the Pan American Games. Lacroix won a silver in the 200 butterfly in Delhi in 2010 and he is the Canadian record holder in the event having recorded a lifetime best of 205.95 in 2009. Her textile best is a 2:07.31 which she posted in 2010.

Australian Brianna Throssell is another young swimmer who has made great strides in this event over the last year. Throssell came into the season with a lifetime best time of 2:13.32 which she recorded in 2012. She collected the bronze at the Australian Championships earlier this year in a time of 2:09.83.

quick question….Is it possible for Australia to sweep all 3 medals or is there a 2 swimmer per nation maximum in finals?

marley09 – no limits at Commonwealth Games. Pan Pacs and Euros have the 2 swimmer limits.