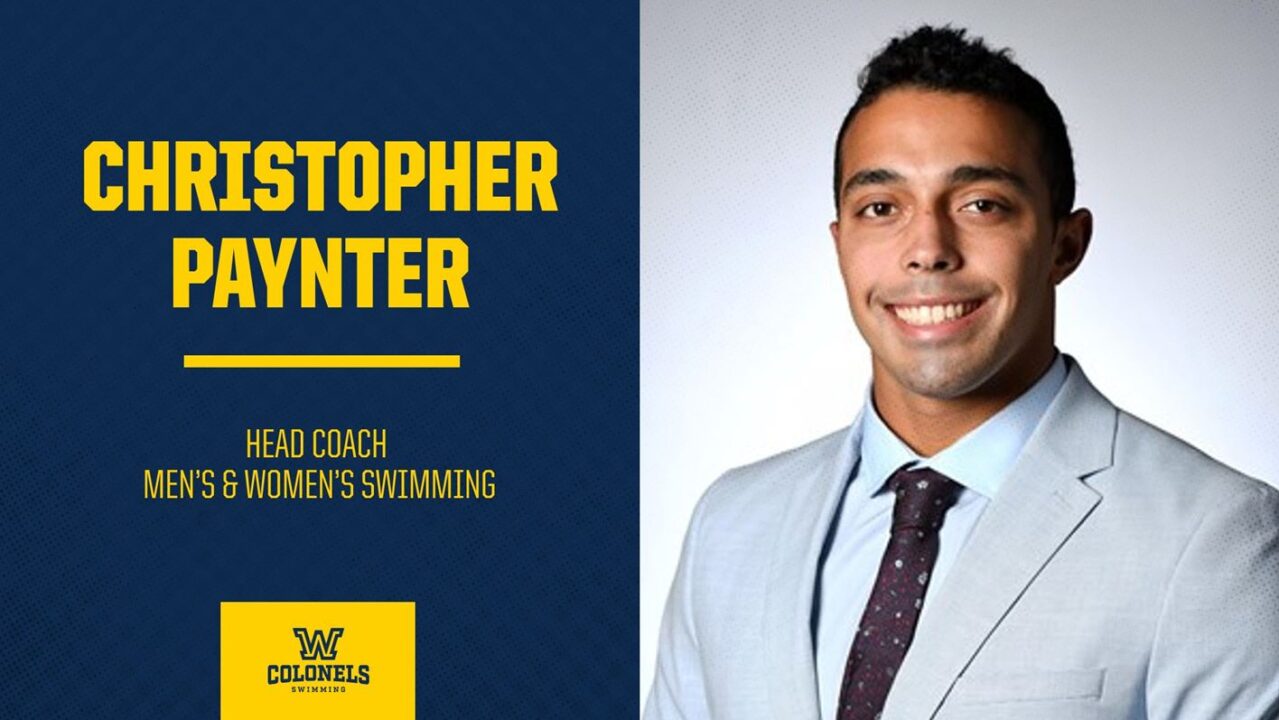 Paynter comes to Wilkes after spending the past season at Hobart and William Smith Colleges serving as an assistant swim coach and recruiting coordinator. Current photo via Wilkes Athletics

Paynter comes to Wilkes after spending the past season at Hobart and William Smith Colleges serving as assistant swim coach and recruiting coordinator. While there Paynter was hands on in every aspect of both the women’s and men’s teams including recruiting for the new men’s program. He also interned as Strength Coach assisting student-athletes in setting and pursuing their personal and team objectives.

As a student-athlete. Paynter was a member of one of Villanova University’s most successful swimming and diving teams. During his time as a Wildcat, he was a two-time Big East champion and six-time All-Big East performer in the relays. He swam the third leg of the 200-yard freestyle relay which won Big East titles in both 2017 and 2018 and are standing school records for the Wildcats. Paynter has been part of top-three finishes in the 400 free relay and the 200 medley relay. Individually, he was a six-time Big East medalist, including twice in the 50 free, the 100 free and the 100 butterfly. His times place him among the top three fastest ever Villanova swimmers.

Prior to attending Villanova, Paynter was a standout member of the acclaimed Hershey Aquatic Club and Hershey High School in Pennsylvania where he was a NISCA All-American and an all-state performer in the 50 free and relays during his scholastic career. He was also a track & field athlete in high school and has trained young sprinters competing in USATF and AAU competition.

Paynter graduated from Villanova in December 2021 with a degree in Liberal Arts and Sciences.

Paynter began his duties at Wilkes this week.

Jeez he’s only 23… is he the youngest head coach in the country?