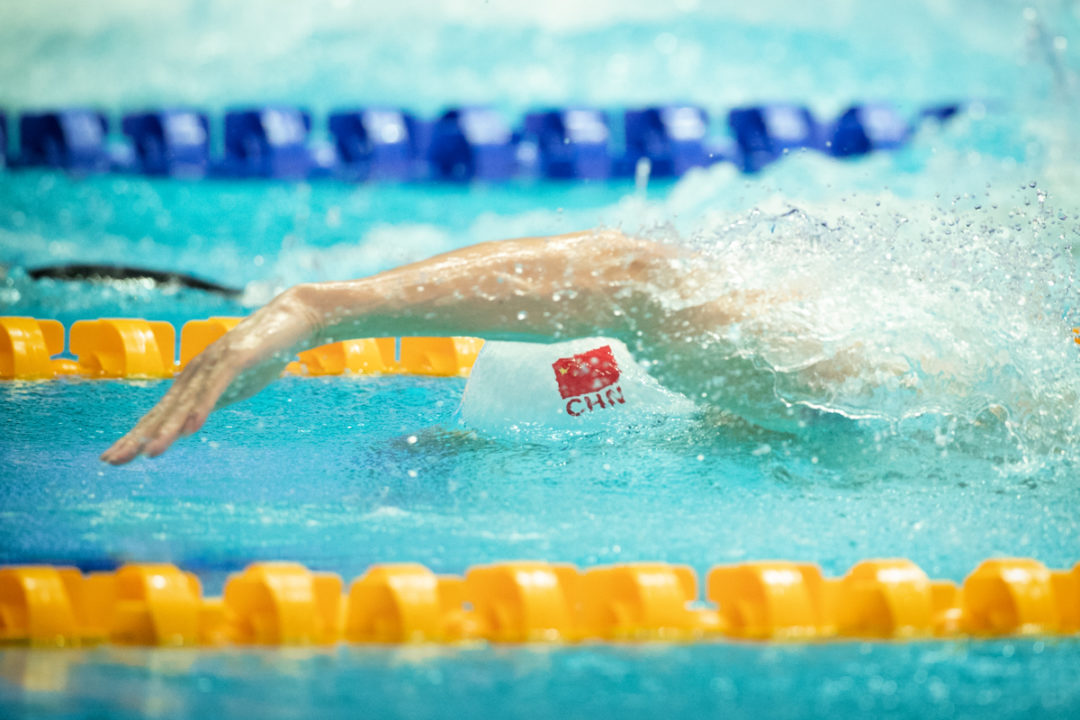 The list of sporting events being postponed or outright cancelled due to the COVID-19 virus (coronavirus) outbreak taking place throughout the world, but especially in Asian nations, continues to grow. As we inch closer to the 2020 Olympics in Tokyo, the delays and rescheduling are impacting Games qualification more and more.

For instance, we already reported how the Singaporean Swimming Federation rescheduled two Olympic-qualifying competition for pool swimmers. The 51st Singapore National Age Group Swimming Championships (SNAGs) originally slated for March will now be rescheduled to June, while the 16th Singapore National Swimming Championships originally slated for June will be bumped forward to May, again with dates pending FINA confirmation.

Prior to that, FINA cancelled the FINA Diving World Series stops in China, due to the COVID-19 outbreak.

Now the swimming powerhouse nation of China itself has reportedly joined the rescheduling frenzy with an announcement that their Olympic Trials. Originally scheduled for March 28th – April 5th the all-important Olympic-qualification event known as Chinese Nationals has been moved to May 10th – May 16th, tentatively.

The latest COVID-19 data reveals that there are over 75,700 confirmed cases worldwide, with over 2,100 deaths reported. Of the confirmed cases, 74,579 stem from China, with the majority originating in Hubei province.

(From yesterday) Speaking of the Olympics: noted Japanese virologist says that if the Olympics were scheduled to open tomorrow, they wouldn’t be held.
https://abc7ny.com/5946925/
I wonder what backup plans the IOC is playing with. The 1964 Tokyo Olys were held in October ‘64 (a much better time than late July in east Asia). Maybe they’ll reschedule if necessary. Or perhaps de-aggregate the Olys, for example, have swimming in Budapest, track and field in Zurich, Basketball in New York, etc. Should be interesting to see how they handle this. Hope they’re flexible.

I have heard elsewhere that they are under the impression that when the olympics come around they will definitely be held and that they have spoken with the London 2012 team about measures taken to prevent the spread of disease.

The obvious solution is London as a single site. If they were to de-aggregate than really I think The only conceivable answer is to spread it out over the US

Soccer in Barcelona, gymnastics in Prague, fencing in Warsaw, rowing in Berlin, baseball in Mexico City, weightlifting in Moscow, drug testing in Sochi

Right now I would not allow China to attend there is just too much risk. Everyone else in think you just evaluate on a country by country basis right before the games begin. Maybe all the Chinese athlete and support people could leave the country a couple weeks before the games begin and do remote training camps to clear quarantine

It isn’t athletes who present the risk but visitors. And without visitors there would be no Olympic Games. It is all about money. The Sport competition is secondary.
BTW, the interesting statistics about this virus. Per NPR
“So far, it seems the new virus is more likely to infect older adults, particularly people with chronic health problems. And those who’ve died from the virus in China tend to be much older, with an average age in their 70s.”
And
“We’re seeing [about] 75,000 total cases at this point, but the literature is only reporting about 100 or so pediatric cases,”

Hopefully things will look a lot better by July/August with the outbreak controlled and greatly diminished. If not then the Olympics will be the least of our concerns.