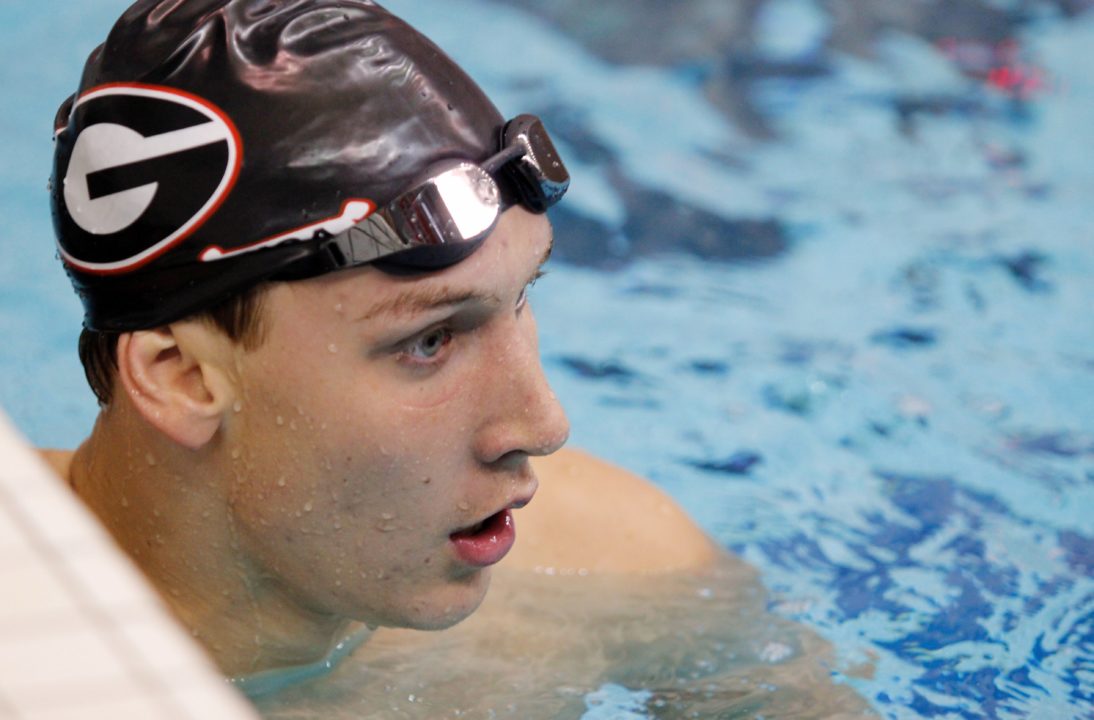 A day after taking down Ryan Lochte's SEC Meet Record in the 200 IM, Georgia's Chase Kalisz completed a sweep of the IM titles with a 3:36.21 to set another SEC Meet Record. Archive photo via Shanda Crowe

A day after taking down Ryan Lochte’s SEC Meet Record in the 200 IM, Georgia’s Chase Kalisz completed a sweep of the IM titles with a 3:36.21 to set another SEC Meet Record. Kalisz was l0cked in another close battle with Florida’s Mark Szaranek, but held off Szaranek’s freestyle charge to win by 3 tenths.

With that, Kalisz took down the former SEC Meet Record of 3:36.89 that he set back in 2014, and demolished the Pool Record he set this morning at 3:40.93. Szaranek was also the former Meet Record, clocking a 3:36.54 for a new Florida school record.