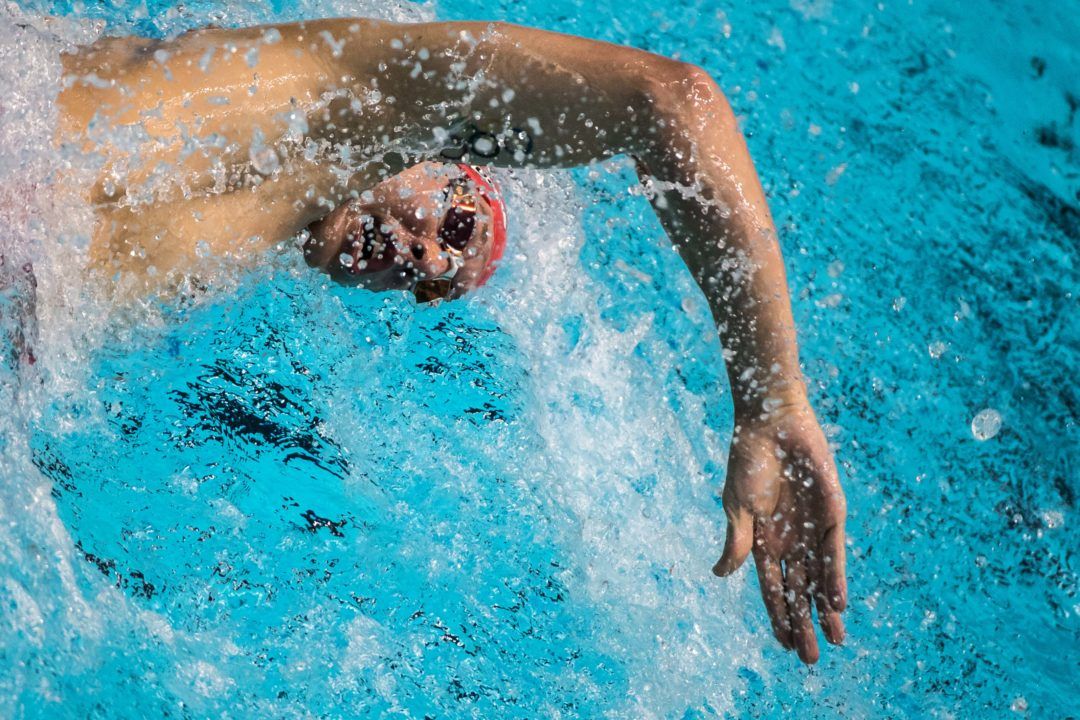 The last time we saw double World Champion Chase Kalisz swim a 400 IM, it was in short course yards at the 2017 Winter Nationals. While Kalisz won that race by more than 6 seconds (3:39.45), he expressed disappointment with the result.

Bouncing right back into long course, though, Kalisz broke a record in his first swim of 2018, swimming a 4:10.80 in the 400 meter IM. That cleared his own Pool Record of 4:11.51 that Kalisz set in June of 2016 at the Longhorn Aquatics Elite Invite in the run-up to the Olympic Trials.

What was particularly-noteworthy about this swim was how aggressively Kalisz opened on the 100 fly. He split 56.85 on that leg, which is almost taper speed for him on the opening leg.

He gave most of that back on his backstroke leg (1:05.3), and swam pretty standard-for-him splits on breaststroke and freestyle for a resulting 4:10.80. That’s the 3rd-best in-season swim of his career, behind only his 4:09.43 swim at the 2017 Pro Swim stop in Atlanta and a 4:09.67 at the 2017 Energy for Swim meet in Europe, coming straight out of his World Championship taper.