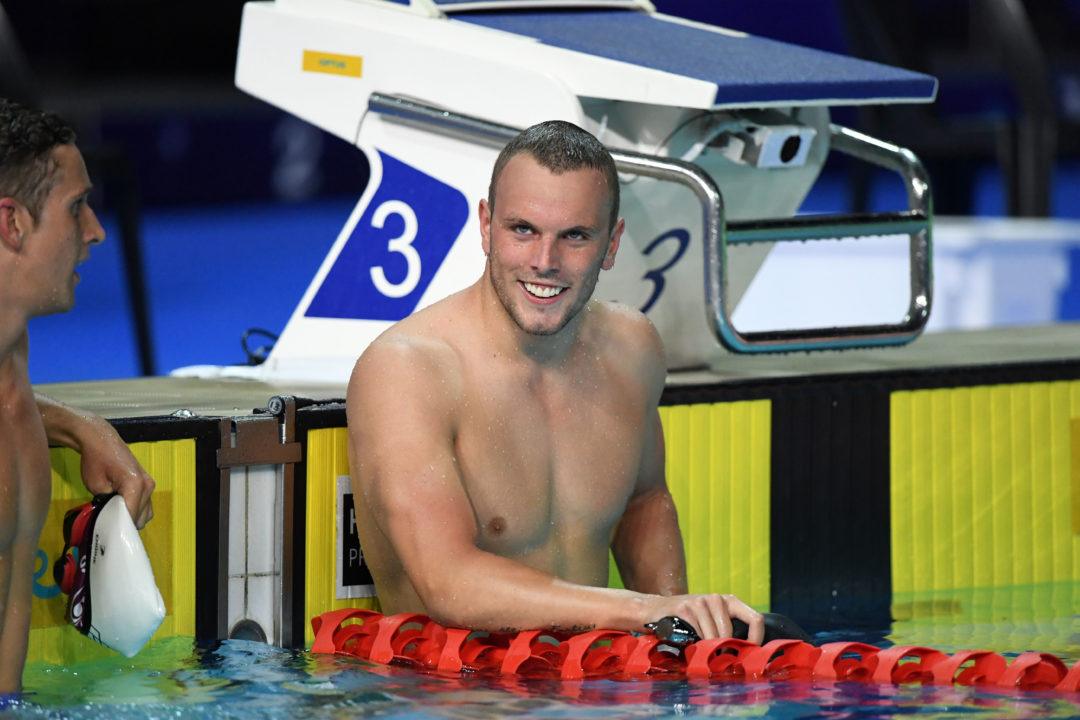 Kyle Chalmers had a wicked back half to surge past Morozov over the final few strokes, and take the win, 46.22 to 46.29.

Vladimir Morozov and Marcelo Chierighini took it out quick, but as we’ve seen time and time again, Kyle Chalmers had a wicked back half to surge past Morozov over the final few strokes, and take the win, 46.22 to 46.29. Veteran Nathan Adrian stayed at the front of the pack the whole way, and ultimately took 3rd in 46.63. Chierighini faded just a bit, tying with the Current’s Ryan Held for 4th in 47.06.

A pretty tightly-packed field that could see a lot of shuffling in Budapest next week. Chalmers just beat Morozov, and you wonder if that gives any indication how the two would do in the multiround skins race later on – Morozov is without question faster over 50 meters, but Chalmers has elite endurance that should serve him well, should he make it past round 1.

Sounds like he’s gonna be committed to swimming for the foreseeable future. Good to hear the new leagues may help keep elite swimmers in the sport.

Kyle would’ve killed in the NCAA, glad to know the athletes loves the ISL as much as us fans do

Would be something to see ISL do a yards meet. Chalmers, Peaty