Cesar Cielo Making His Return to Pinheiros under Alberto Pinto 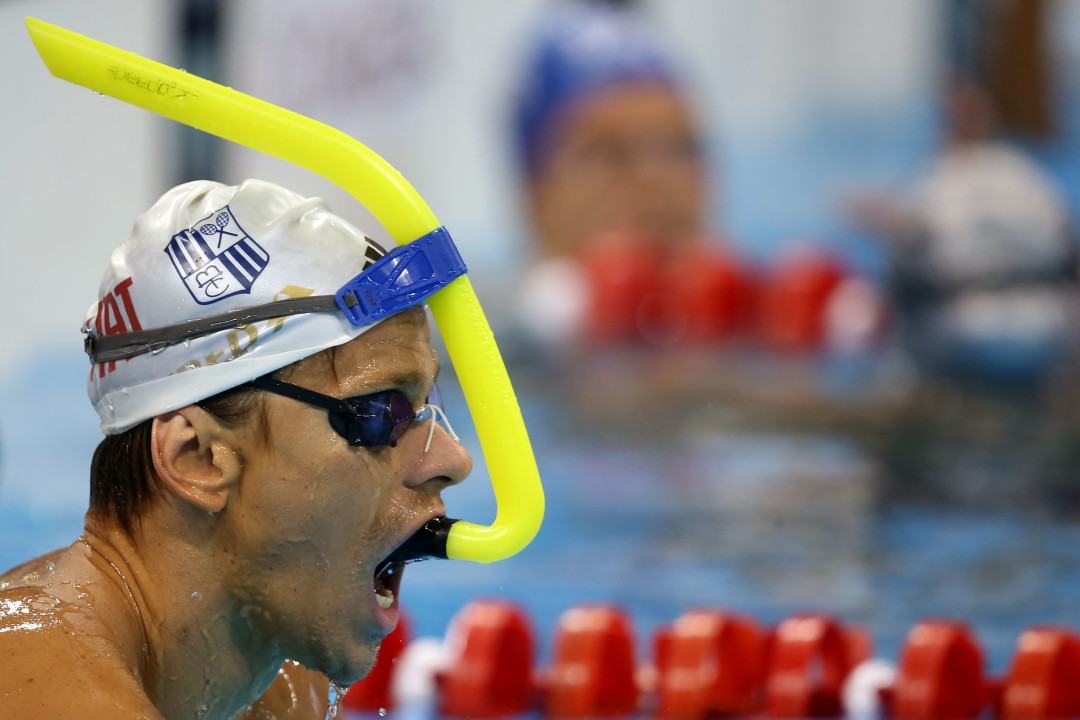 Cesar Cielo is returning to Pinheiros, the club under which he set his still-standing world record. Current photo via Satiro Sodre/SS Press

Just days after the announcement that Sergio Marques will be replacing the controversial Scott Volkers as the head coach of the Brazilian superpower Minas Tênis club, Blog do Coach has confirmed that world record holder Cesar Cielo is leaving Minas Tênis and returning to Pinheiros in Sao Paulo.

Cielo comes back to Pinheiros after six years spent swimming for Flamengo, Piracicaba, and Minas Tênis, with short postgrad stints in the States under Brett Hawke at his alma mater, Auburn. He will now train under his old standby, head coach Alberto Pinto da Silva, better known as just “Albertinho” in Brazil.

Outside of his college career at Auburn, Cielo trained at Pinheiros from the ages of 15 to 22. He set his still-standing world record 20.91 50 freestyle at Brazilian National Championships hosted by Pinheiros in 2009, and he won Olympic and World Championship titles while training with the club under Albertinho.

Cielo is widely known as the best swimmer in Brazilian history. While a failed doping test that earned him just a warning in 2011 will taint his career in the minds of many, Cielo’s explanation was as plausible as any. More recently, Cielo missed the Olympic team for his home Games in 2016, finishing third at the Maria Lenk Trophy in his signature 50 free. He cited the same nagging shoulder injury that forced him to leave the 2015 FINA World Championships in Kazan early.

A career of highs and lows for sure. Many more “highs” in and “out” of the pool!

Why is he not training at Auburn? after all, that is where he had the most success.

I think its because family

Brett hawks is committed to training Bruno as he has been there for several years. Bruno and Cesar don’t get along.