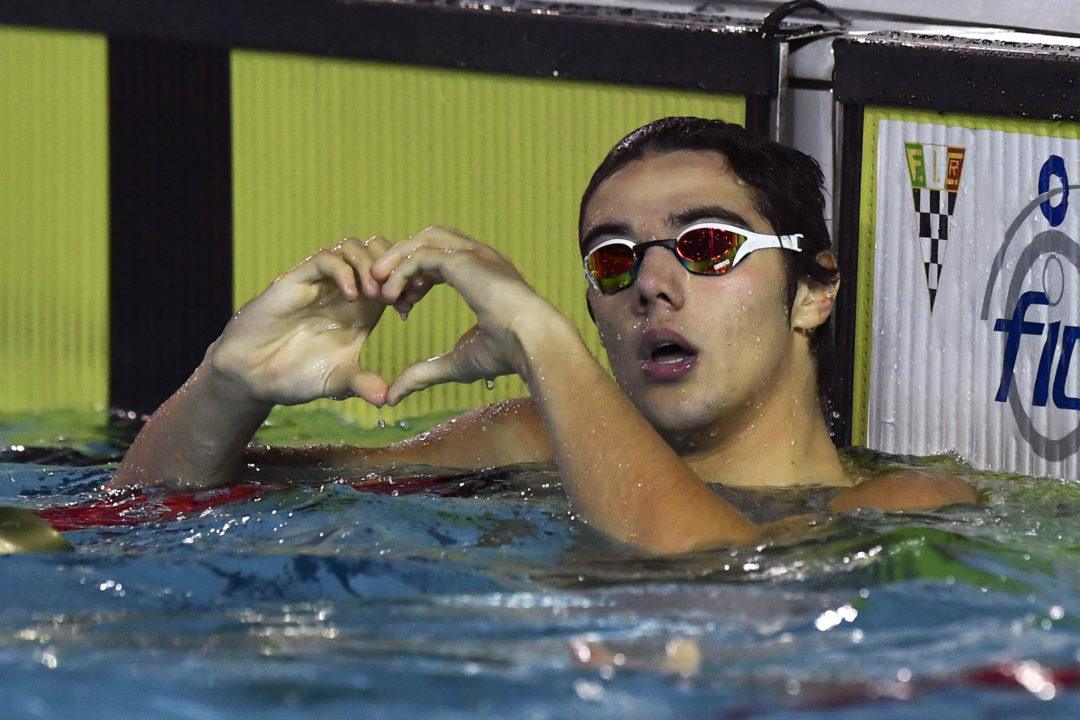 While competing in Riccione this weekend, young gun Thomas Ceccon fired off a new Italian Record in the men’s 200m IM. The 17-year-old produced a winning time of 1:53.26 to overtake the previous NR of 1:54.53 set by Federico Turrini back in 2013.

Entering this weekend’s Italian Open, Ceccon’s SCM personal best sat at the 1:54.64 he notched just a couple of weeks ago in Livorno. That result marked his first time under the 1:55 threshold in the event.

Ceccon’s effort also outperforms Kolesnikov in the current world rankings, bumping the Russian out of the top 5 performers this season.

The emerging star is on the list of Italian athletes selected to compete in Hangzhou, so we’ll see what Ceccon has left in the tank at the upcoming Short Course World Championships.

This guy has shown great talent since he was a kid. Strong in all strokes except breast. Good underwaters too. The best rising star Italy has to offer on the male side. But the competition is scary.