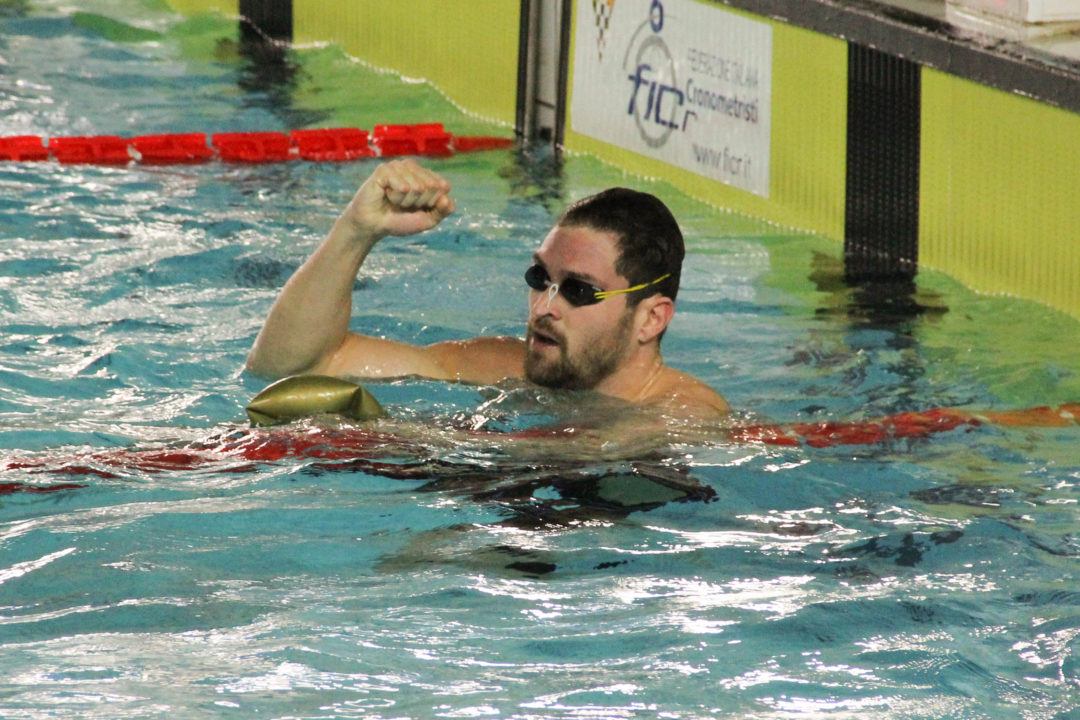 Taking on the men's SCM 100 IM this weekend in Riccione, 27-year-old Marco Orsi cranked out a winning effort of 51.57, crushing his own previous Italian Record of 51.76. Current photo via Giusy Cisale swimswam.com

In addition to a new Italian National Record in the 200m IM, courtesy of young gun Thomas Ceccon, a veteran also downed a national mark while competing in Riccione this weekend.

Taking on the men’s 100m IM, 27-year-old Marco Orsi cranked out a winning effort of 51.57, crushing his own previous Italian Record of 51.76 that gave the stud gold at the Short Course European Championships in Copenhagen last year.

Orsi’s outing also outperforms his season-best of 52.65 entering this meet, a mark he put down at the Nico Sapio Trophy last month.

Orsi’s winning effort now knocks Japanese swimmer Hiromasa Fujimori out of the top 5 of the world rankings this season. The Italian veteran’s performance also now moves him up 2 spots to #17 on the SCM 100 IM top performers of all-time list.