Cate Campbell Will Compete In 2017, But Not In Budapest 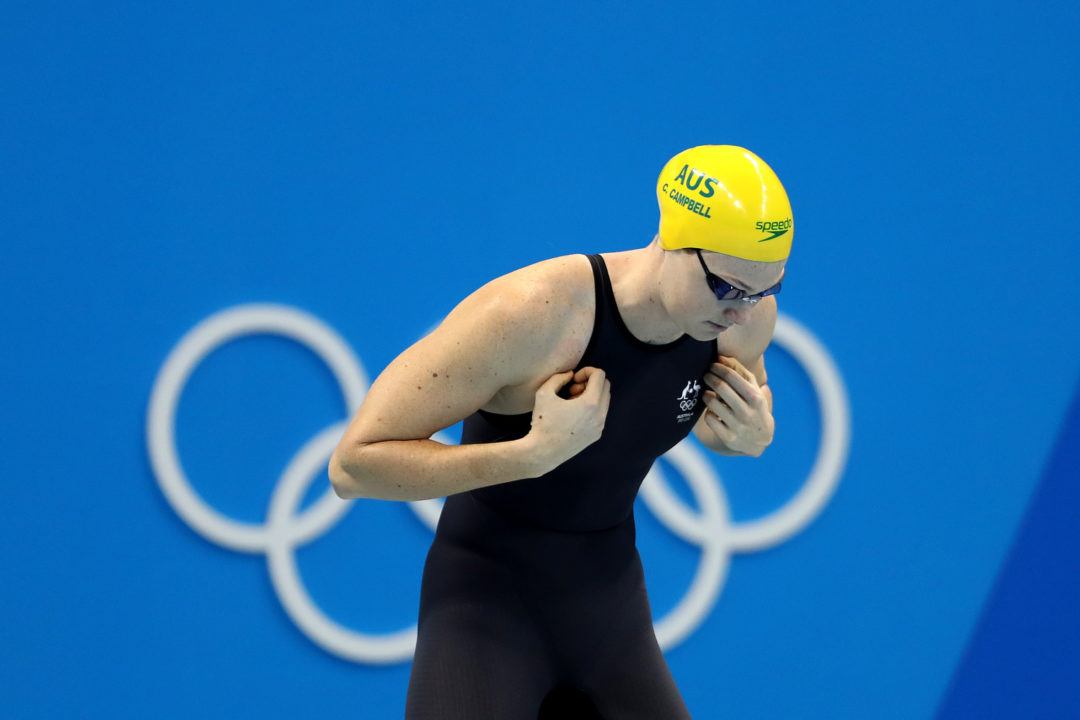 Citing the need to repair if she wants a solid go at the 2018 Commonwealth Games, world record holder Cate Campbell is opting out of the 2017 World Championships. Archive photo via Simone Castrovillari

In a bid to potentially stretch her career out to a 4th Olympic Games in Tokyo 2020, Australian speedster Cate Campbell has announced she will be opting out selection for this summer’s World Championships in Budapest, Hungary. Although she plans on continuing to compete throughout the year, both at the Mare Nostrum in Europe, as well as the World Cup Series in the fall, Campbell believes she needs to focus on her end game goal, which is staying healthy for the 2018 Commonwealth Games and, at least for now, beyond.

While competing at the NSW State Open Championships this weekend in Sydney, Campbell told The Australian, “I’m in no way taking a year off. I’m not retiring, I’m not thinking about retiring, I’m just not making myself available for selection.

“I’m taking a long-term approach and focusing on the 2018 Commonwealth Games and then looking forward to 2020. So this year isn’t about being the best, it’s about being my best. I’m taking a bit of a mental health year.

“I’ve battled injuries pretty much my whole career and my injuries aren’t just an issue in the swimming pool. I wake up a couple of times every night because I’m sore from my neck and it carries over into day-to-day life.” (The Australian)

In addition to having revealed post-Rio that she was suffering from a hernia during the Games for which she underwent surgery in October, Campbell also suffers from an ongoing neck injury. The 24-year-old has performed well thus far in Sydney, taking the women’s 100m freestyle in a mark of 53.15 to snag the top time in the world this season.

With the Australian National Championships (Worlds selection meet) just one month away, Campbell is just one of several Aussie swimmers to have opted out of being selected for the 2017 World Championships team. 2016 Olympians Tamsin Cook and 2-time World Champion James Magnussen have both said they will not be vying for a Budapest roster spot, while Belinda Hocking announced retirement and Madison Groves will be training overseas and will also not be competing at the championships.

I’m a bit disappointed that Cate won’t be in Budapest, but I hope that she’ll only come back stronger. Does anyone know if she’s going to compete in Australian Championships next month?

If you want a long career you need breaks. MP is the perfect example. That’s why I think Missy is right to not rush her return.
Having said that, the gold medal race in the 4X100 free relay in Budapest is very open now. Australia still has a very good team but on paper it’s USA vs Canada in my opinion.

Well done Cate. You are the World Record holder from Malawi. The whole of Africa is behind you, even if a few whining wombats aren’t. Nobody can touch you!

Clearly they can seeing as she didn’t win an individual medal at the Olympics.

As Nic Zaccardi mentioned on Twitter, this opens the door for Ledecky to win 6 gold’s at World’s.

She can be the second American at 100m at Nationals this summer. That may earn her the place at 400IM morning race.

Don’t forget about gold at 4×100 free relay. Only young Canadian girls can be an obstacle now.

Yet another Australian swimmer with serious injuries. I wonder what the deal is.

Good for her for realizing that she doesn’t need to be in top condition all the time.

I think that after all that’s happened we have to be thankful to that “strange” decision to challenge high-tech suit record just one month prior Olympics Games. If she didn’t do it we may still stay (and nobody knows for how long) with this rubber faked “record”.

So the door is wide open in Budapest at 100free. 52.8 may happen to be enough for the gold and we have about six-seven swimmers being capable of doing that.

Surprised by some of these comments. How many of you swam at a world class level into your mid 20s? I’m gonna guess none of you did.

Not gonna lie, these comments always irk me. By your definition, Michael Phelps doesn’t need any advice because nobody has experienced what he has (i.e. 8 gold medals in one Olympics).

From what I see, all comments are respectful. We are all just giving our opinion.